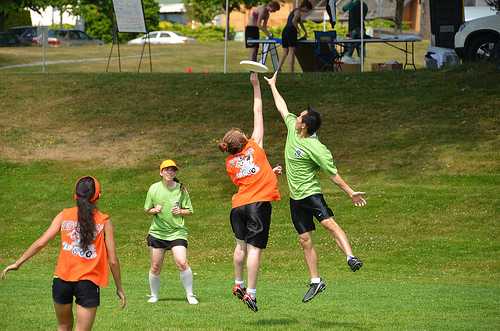 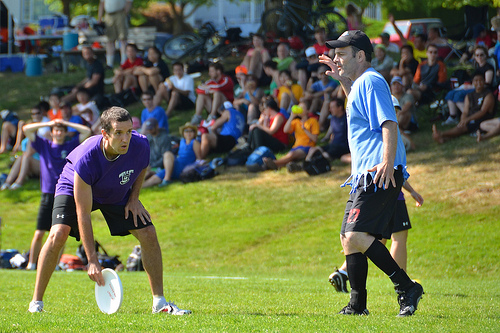 From the beginning, Babes ‘N Hats was meant to be a mid-level and very accessible tournament for everyone. The nature of Hat Tournaments allows players to learn the game from players they may not otherwise be connected to and there are many current Ultimate players whose first tournament experience or even first Ultimate experience was at Babes. Having the chance to play the sport with other people gives us all the chance to grow as players.

Babes also provides a level playing field to all. At the beginning of the Hat Draw on Saturday, everyone has the same chance at success. There are no pre-determined “stacked” teams of Elite players who everyone knows will walk away with the title. Babes has also been the first “finals” experience for many players, and the excitement of playing a big game in front of an engaged crowd is something every Ultimate player should experience. Babes offers that chance and the result has been some great finals over the years that have been enjoyed by the players and spectators alike.

In 2013 Babes has partnered with the Vancouver Ultimate League to be the official end of Summer League tournament. We hope that many VUL members who enjoy playing Summer League will come out and discover a whole new aspect to the sport you know you love. The most amazing aspect of Babes is how by Sunday afternoon you have formed such a strong bond with a group of people that you didn’t really know Saturday morning.

Be part of it, get the T-Shirt, Play Babes ‘N Hats.