We made changes to game start times in Summer of 2019 to improve games starting on time... This has long been an issue in the VUL and we're continuing to invest in ensure games start on time throughout the whole year.

From the changes we made in Summer League, we saw a noticeable difference in games starting on time. Take a look at our recent Summer League Survey where we asked our annual question - How satisfied are you with game start times? (2019 indicated in red) 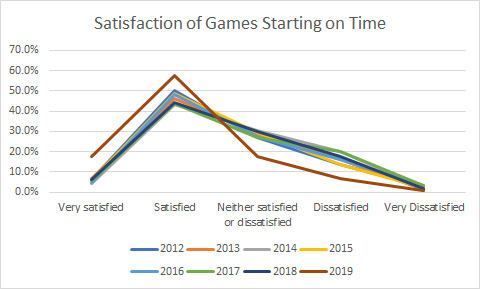 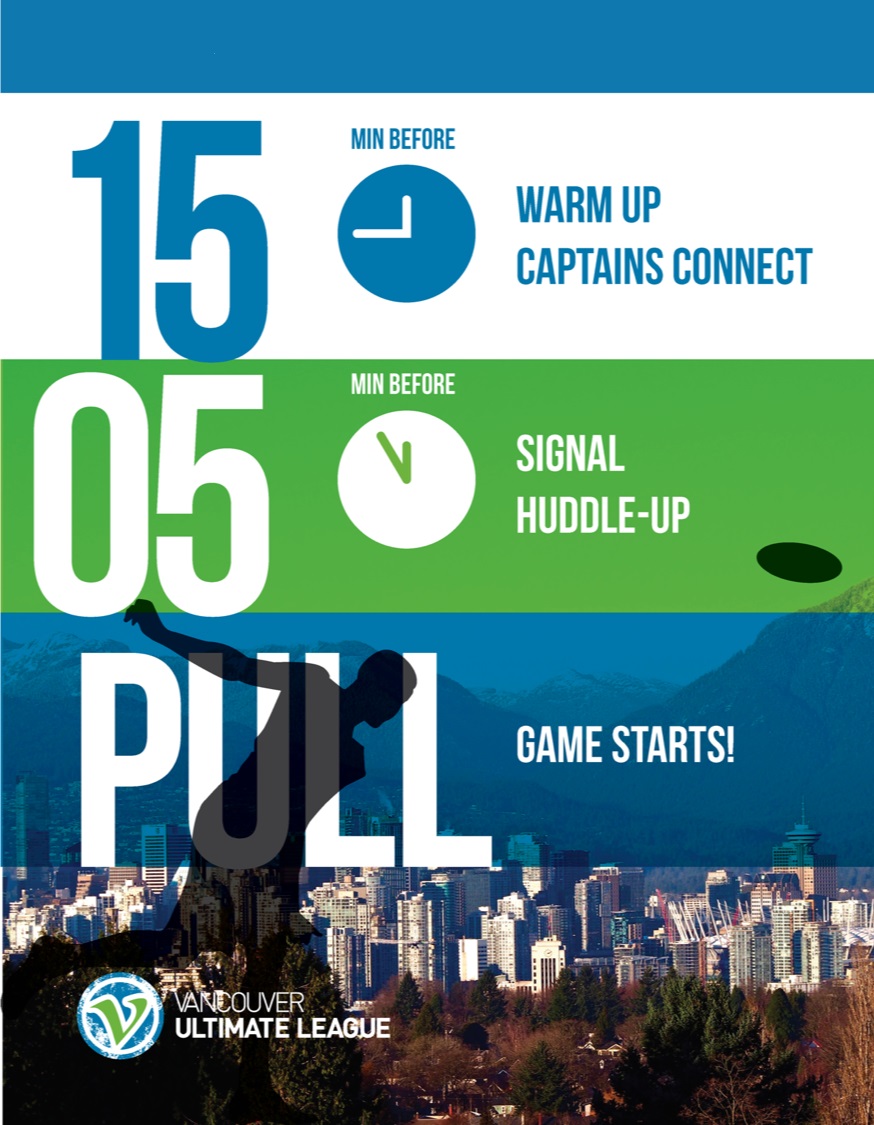 Here's what game timing looks like for Fall Grass and Fall Turf.

We ask Rules Guru's to do the following:

The question in the game report states: “When was the other team was ready to play?” The options for answers are:

A default occurs if the other team isn’t ready after 30 minutes (or doesn’t show at all).

The website will show teams their stats (# of weeks on time, cautions, warnings) so they can keep track.

Teams can appeal a single Warning or a Fine, and the League Manager can cancel them. Sample considerations include: