Home » Meet your 2021 Board Candidates

The Annual General Meeting (AGM) is the most important event of the year! This year the AGM will be held via Zoom, the safety of membership is still our priority.

Join us on Tuesday November 30, 2021. Details to join by zoom will be shared after you pre-register.

For full AGM information, or to Register for the 2021 AGM.

There are seven candidates running for four Board positions at our 2021 Annual General Meeting. They are listed in alphabetical order by first name.

At the meeting all candidates are able to speak for no more than 5 minutes, followed by a short Q&A period. 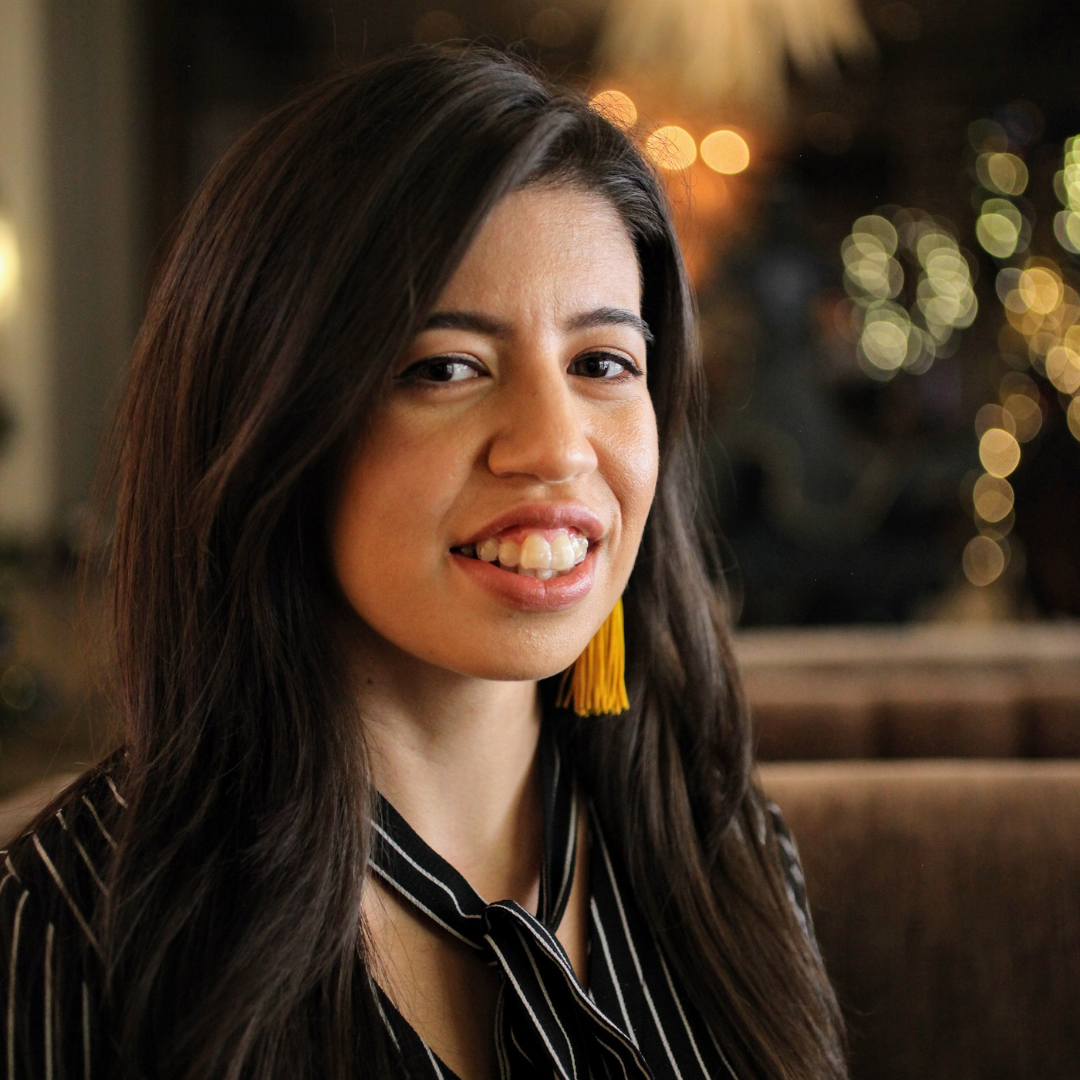 Growing up in and around Vancouver, and playing in the VUL for nearly 15 years, I've developed a deep love for sport. I was introduced to ultimate in high-school, attended rowdy tournaments, bonded with teammates in competitive seasons, mentored in Women's League, and thoroughly enjoy playing weekly in recreation. Ultimate and the VUL have given so much connection, memories, and joy to me over the years that I would be honored to give back.

I'm currently completing a Masters in Occupational Science and Occupational Therapy, which focuses on activities that are meaningful to you. I also have a background in research. Choosing evidence-based initiatives that create meaningful participation in ultimate is a primary goal of mine. Blending experience in mental health, physical rehabilitation,  and education, I would engage with professionals to ensure meaningful play for VUL members.

A long-term forward look at improving skills for before, during, and after game play is an approach I want to incorporate into the upcoming overhaul of the VUL strategic plan. Injury prevention, conflict resolution, and motivational training are skill that I want to put into the hands of players. At the same time addressing diversity and increasing inclusion of underrepresented peoples in ultimate. Having a diverse set of skills will allow players to experience better well-being, and increase positive interactions with other players. 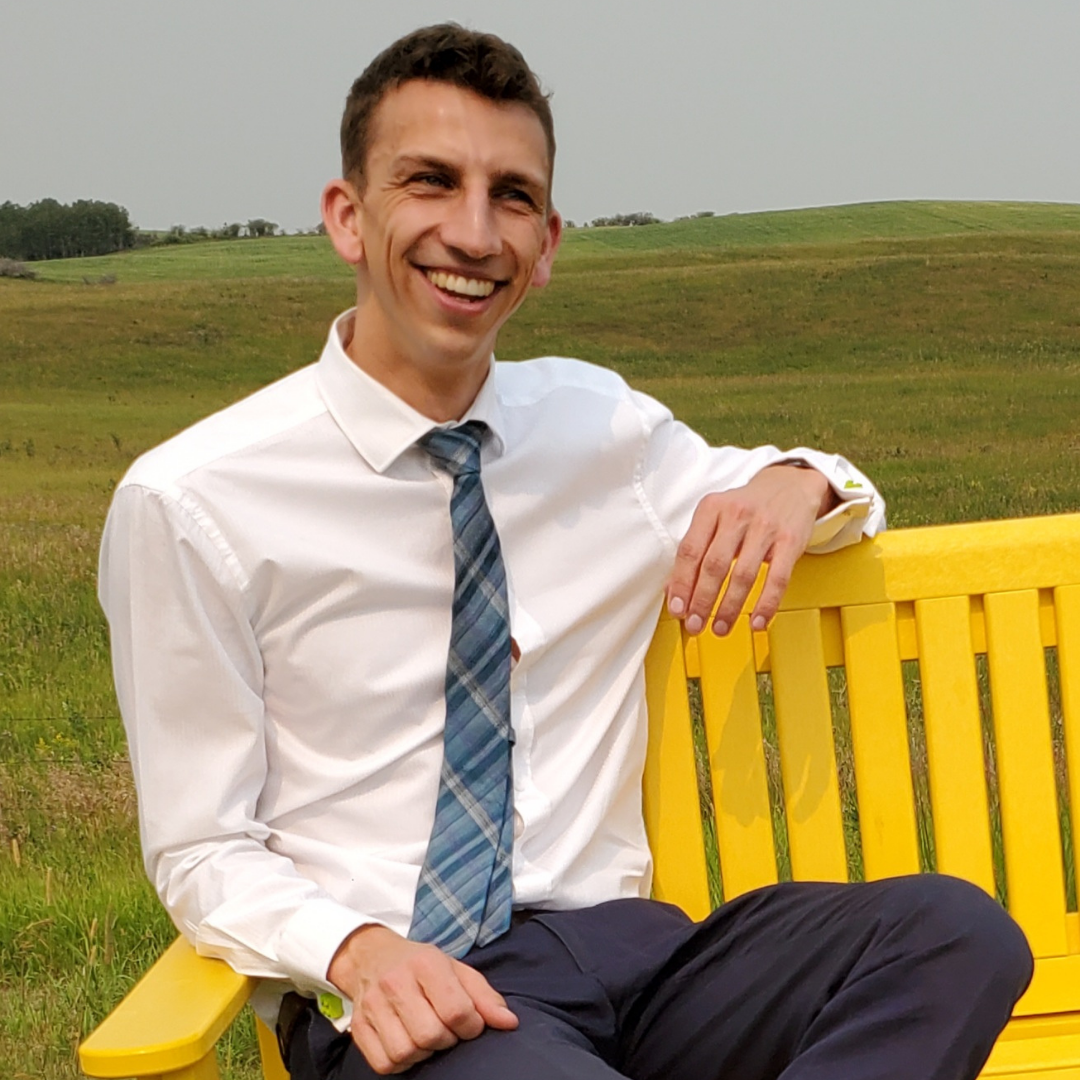 Alex is excited to stand for election to the VUL Board of Directors. Alex had been playing ultimate for 14 years, mostly in Vancouver, and mostly with the Vancouver Ultimate League. Alex currently plays for #DiscsOutForHaramabe, and his favorite league is Fall Turf Hat, for the competitiveness and ability to meet new players and make new friends.

Alex has volunteered with the VUL before, to redevelop the Captain’s Guide during summer 2017.  He has also volunteered as a coach for the Misfit program, and Point Grey Secondary..

Alex has extensive previous committee experience, including serving on the national organizing committee of the Anglican Church of Canada, and as a Senator for the University of British Columbia.

Alex is a renter and lives in Yaletown. He worked for the parks board for 7 years, before becoming a lawyer. He currently advises strata corporations on governance and dispute resolution.

If elected, Alex is interested in continuing to build on the priorities of the strategic plan, and to vision for the VUL’s next plan. He’s will be an asset in the development of sound policies and procedures, whether related to governance or otherwise. He’s excited to help maintain ultimate as a lower barrier sport and to continue to bridging communities through recreation and competition. 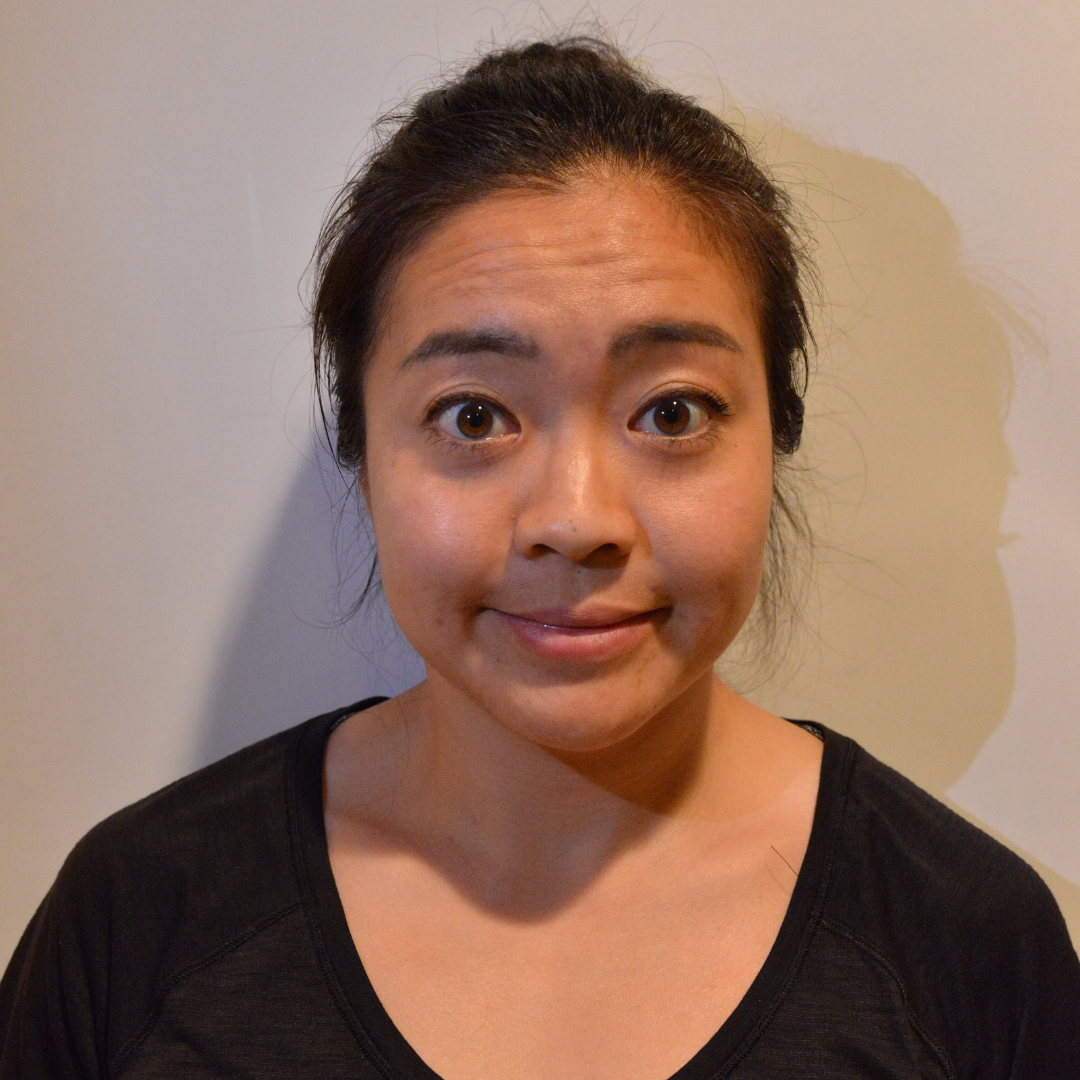 Betsy began her ultimate frisbee journey in high school back in 2000.  She was immediately hooked and was lucky to benefit from the  club junior program that VUL offered where she was able to develop her disc skills. Playing summer and fall league  in the past 15 years has provided a special place where she has met many mentors and friends.  Over the course of her competitive career, she played in both the Mixed and Women’s division. She was grateful to have been a captain and member of Traffic between 2009-2012 and 2018-2019 and competed at Club Worlds with Team Fisher Price and Anchor in 2011 and 2018 respectively. She  also had the privilege of representing Team Canada Womens in 2008, 2012, 2016, Team Canada Womens Masters Beach in 2015, and Team Canada Mixed Beach in 2017.  After retiring from touring last year, she stayed connected to the frisbee community by coaching athletes of the next generation at VUL clinics and at the Misfit Winter series. Betsy is seeking a board position to contribute in any way she can to the long term development  of the league and sport.

She currently works clinically as an Athletic Therapist helping clients stay injury free and active. When she is not playing frisbee, she is a major foodie that enjoys hiking, running and Olympic Weightlifting. 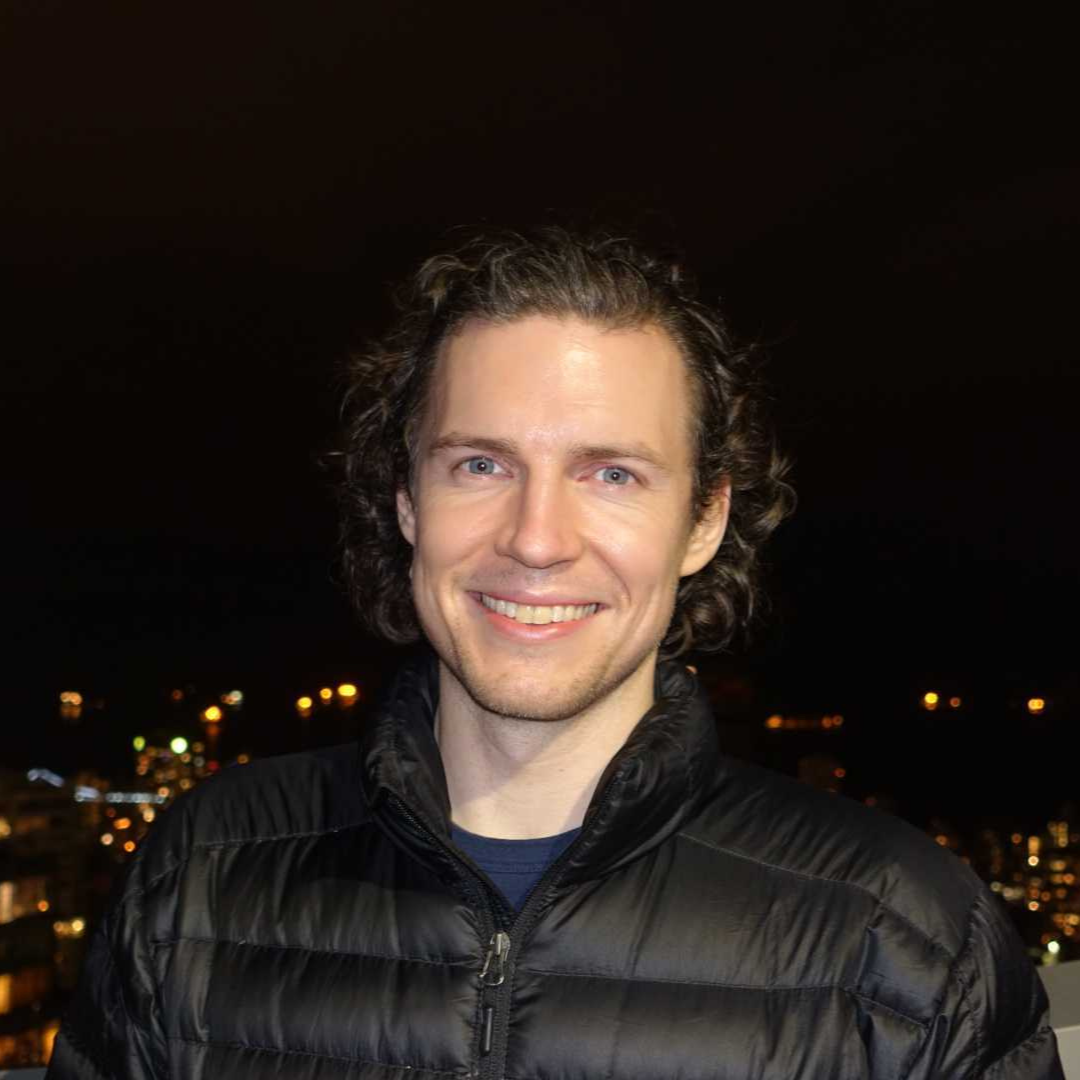 Despite throwing frisbees around everyday in high school waiting for the school bus, it wasn't until 6 years later (in 2013) that David joined his first ultimate team.  The sport, the community, and Spirit of the Game are why the VUL has been his home ever since! As a 'career league player' he enjoys ultimate all year round by playing in summer, fall, and winter where he's made new friendships, maintained old ones, and grown to truly appreciate what the VUL has accomplished in Vancouver.

With the privilege of being able to serve on the for the past 2 years, David has lent his experience in audit and finance to the Finance Committee where he currently sits as Treasurer and Chair. Since first being elected in January, 2020, a lot has changed and he's felt honoured to help the society navigate some of the hardest times it's ever faced. With league play resuming and the hardest part of the pandemic behind us, David is looking forward to the VULs future! 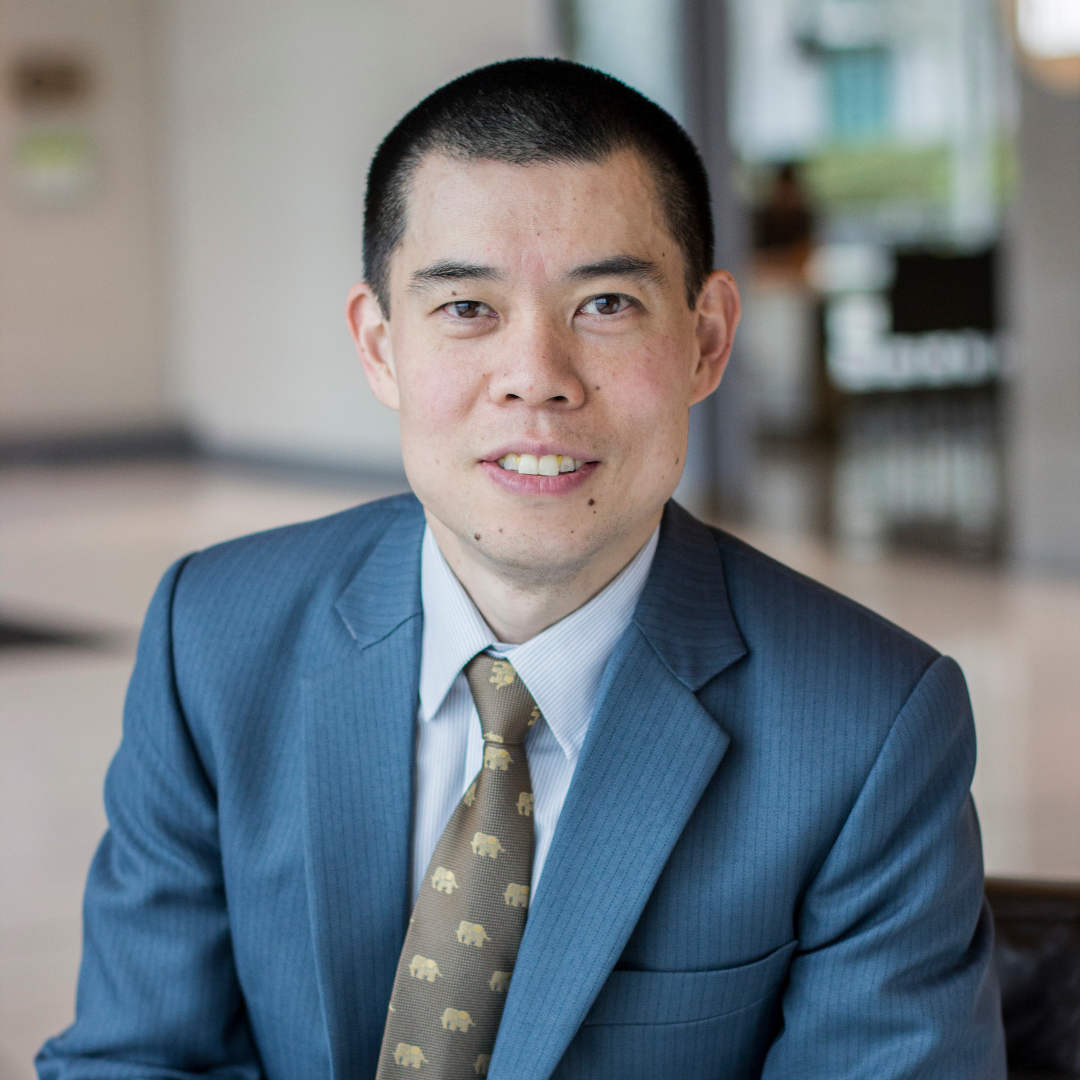 Ken has been involved with the VUL since 1992 as an avid participant and was also a founding board member for the VULS’ formation in 2000. More recently, Ken has had the privilege of serving you as a member of your board of directors team since 2017. He has loved both the game and the VUL community ever since being introduced to ultimate through the efforts of the BCDSS (now known as BCU).  It’s this passion for our community and the great game of Ultimate that drives Ken’s interest to give back.

Having had the opportunity to experience different Ultimate communities in places like D.C., Shanghai, Beijing, Hong Kong, Manila, Tokyo, and Singapore, Ken has no doubt about how special the Vancouver disc sports community really is.  We are very lucky to be a part of a spirited vibrant diverse talented group with a long history of playing Ultimate within the robust VUL framework offering tailored recreational/competitive formats for all levels and age groups.

Ken seeks your support for re-election to your board of directors so that he may continue to serve the membership with the ongoing evolution of the VULS across many fronts including strategy, governance, finance, and community relationships.  He brings significant experience with non-profit boards, knowledge of financial analysis/financial reporting, and in-depth knowledge of the VULS itself as well as our local Ultimate community.

Any vote for Ken will go towards a candidate that will always do the right thing for the members and the VULS, always work hard as a part of the broader board/staff team, and always bring his 100% A game.
In his spare time, Ken spends time working with clients on their mergers and acquisitions and cross-border investments, as well as trying to get his 6 year old son to throw a disc. 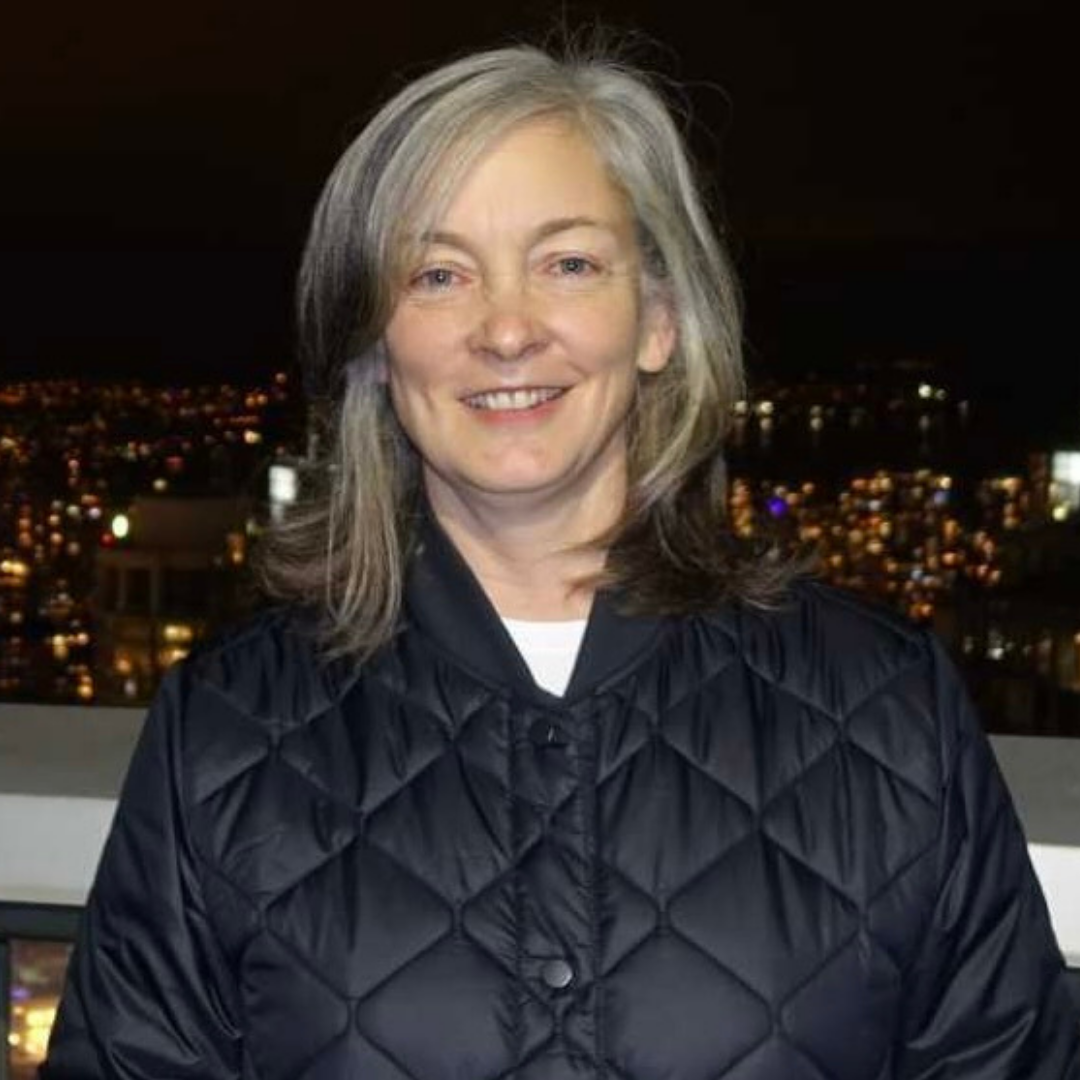 I am nominating myself for a second term on the Board of Directors. I bring important knowledge and experience to the Board, as a parent and lawyer who played ultimate and coached youth ultimate.

I am passionate about introducing ultimate to youth. My daughter has played and participated in other sports, but none of them have given her as much pleasure and relevant life experience as ultimate. She loves to throw and chase a frisbee, but she also gets to play a sport that builds community and communication skills.

In my past two years on the Board, we have been forced to spend all of our time and energy on ensuring the VULS survives. In the next year, our focus will be on planning and growth, and my particular focus will be on introducing more youth to our sport. I hope to build partnerships with others in the community who are providing programming to youth, including indigenous youth, identify any gaps in programming, and fill them. As a parent, I have knowledge of how to reach younger people and the programming that will be supported by their parents.

I am sure I will use my legal skills and experience in a second term, as I did in my first term. I have practiced law for over 20 years and can identify risks and solutions to ensure that the Board meets its obligations to provide good governance, and remains a leader in the ultimate community. 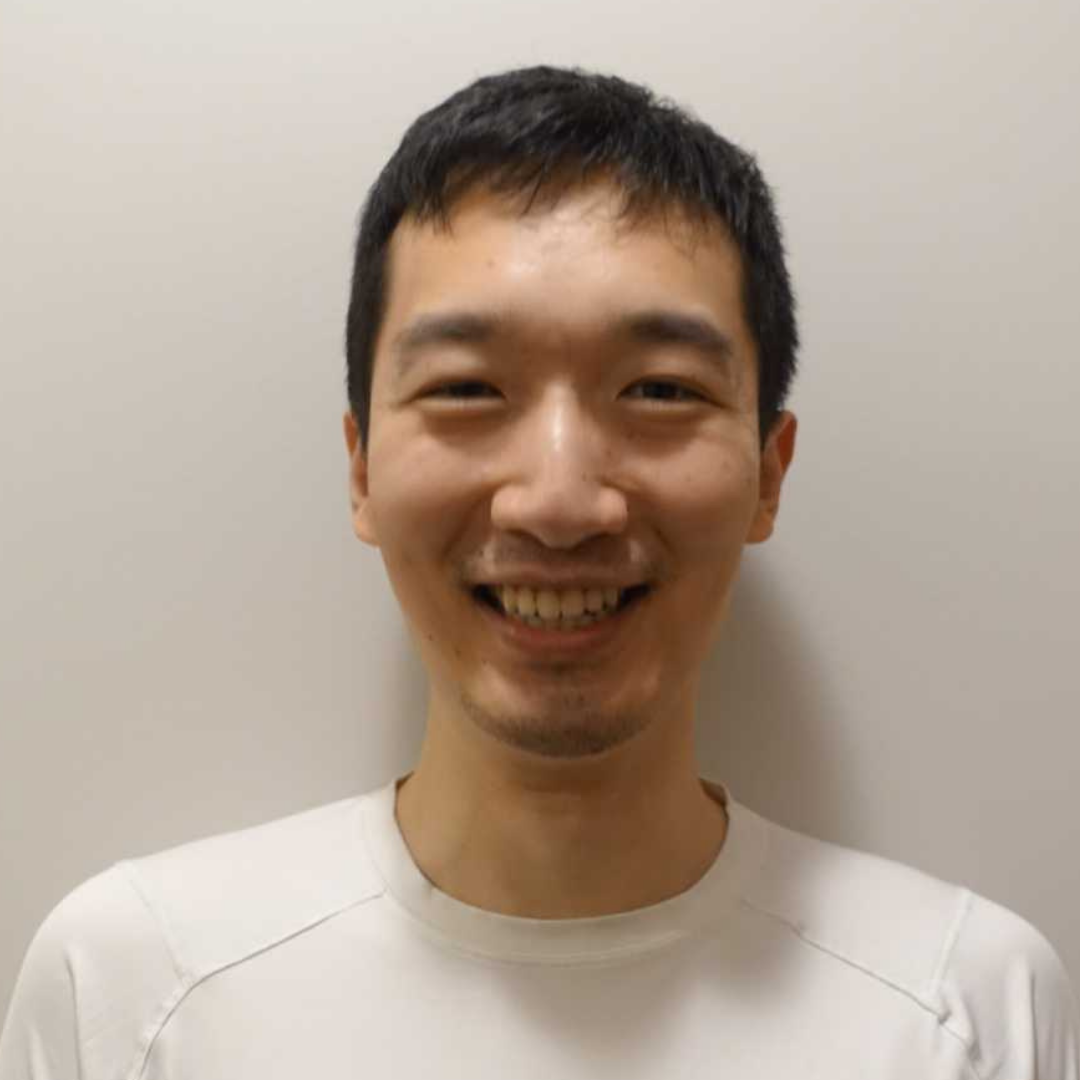 Zun started playing ultimate in high school and has since been a player, coach, and volunteer with the Vancouver Ultimate league. In his first two years with the Board, Zun volunteered on the Strategic Planning Committee and the Governance Committees, working to evaluate the league's strategic metrics as well as the Board’s crisis management plan. In his most recent two years, Zun has led the HR Committee in supporting the VUL’s compensation & benefits programs, providing guidance on contracts and wage subsidies, and leading the executive search process for the organization’s senior management team.

Outside of ultimate, Zun works at an HR consulting firm where he advises the Board of Directors of publicly-traded companies on topics related to pay, performance, and talent.