The weekend of June 24-25 marked the official start of the club season for juniors in BC with the Misfit Cup tournament hosted by Vancouver’s Misfit Ultimate program. This iteration of the annual tournament was the largest yet, with teams from across the Lower Mainland and even Seattle congregating in Burnaby under sweltering conditions. 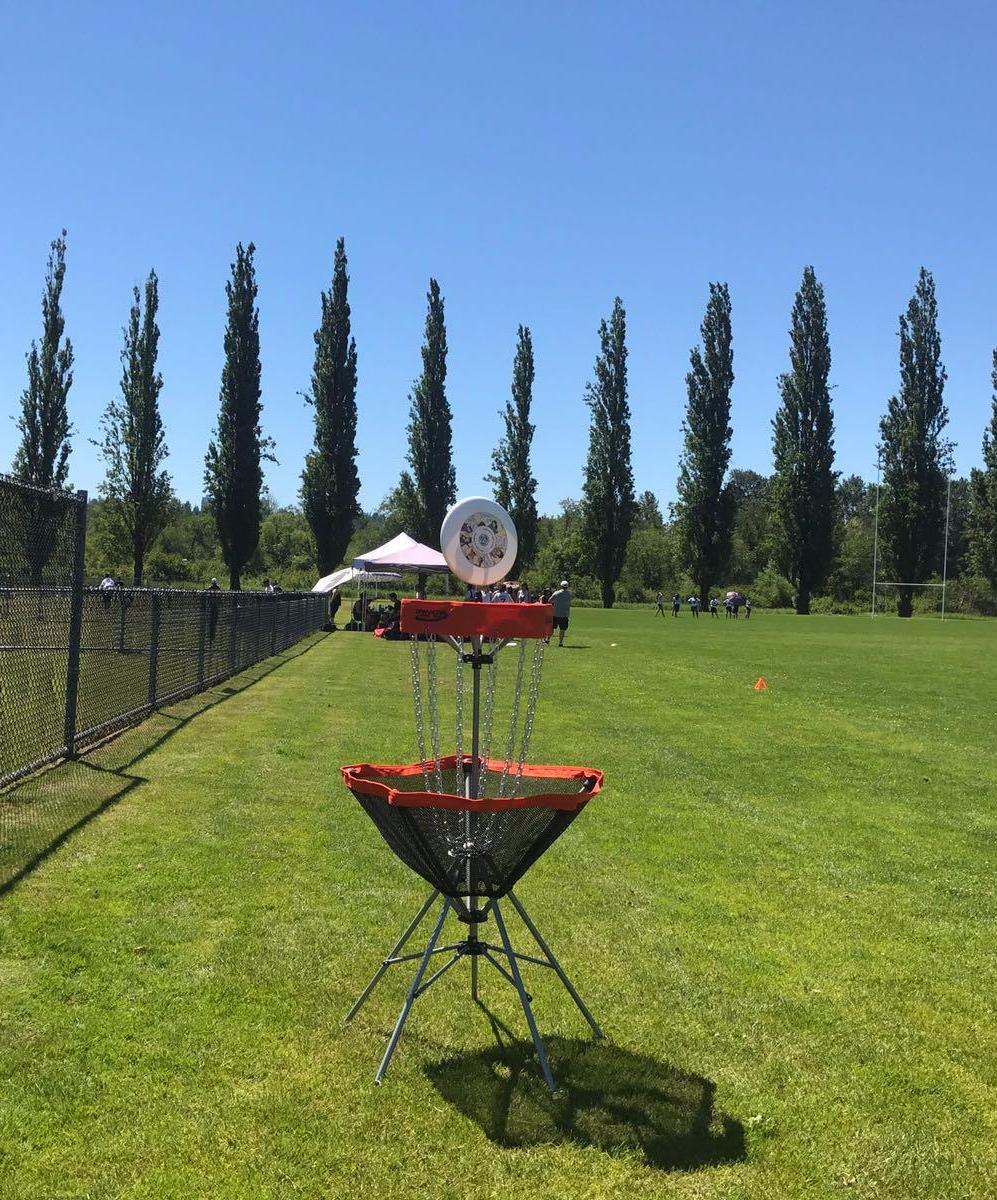 As it always is with youth ultimate, the games were incredibly exciting, with kids willing to put it all out on the line. And, of course, there were some upsets – most notably Vancouver Misfit Boys’ universe point win over the provincial team, BC Alpha. They would compete in the final against the top-seeded Bonfire from North Vancouver, who were victorious in a 13-6 game. On the women’s side, games went more or less according to seed, as top-ranked Misfit met the second seed Vortex from Surrey in the championship game.

The VUL was present on Saturday of the tournament, hosting a fun disc-golf accuracy competition where players were invited to try to get discs into a basket for the chance to win a number of prizes. Perhaps most impressive was the dedication of a young grade 6 boy – “I’m just here to watch my sibling!” – who, after many attempts, not only got the disc in the basket, but managed to perch it perfectly on the basket’s flag post. The VUL also sponsored three overall spirit winners, who each went home with some VUL swag!

All in all, the 2017 Misfit Cup was a resounding success, and we’re already looking forward to next year!