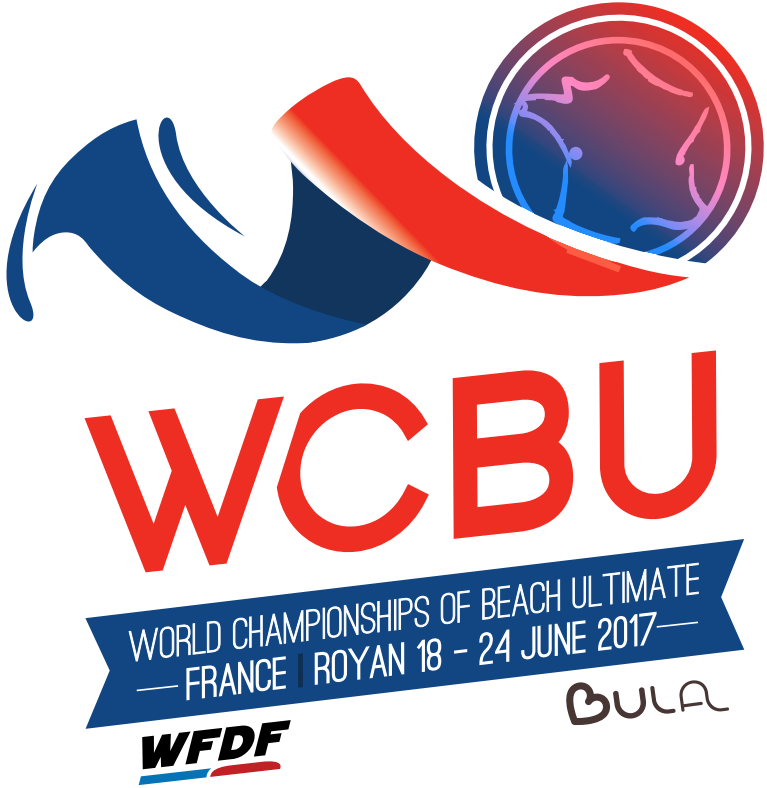 The World Flying Disc Federation (WFDF) is excited to announce livestreaming plans for the WFDF 2017 World Championships of Beach Ultimate (WCBU), in association with BULA, from 18-24 June in Royan, France.  WFDF plans to livestream 120 games, including simultaneous coverage of three pitches. The showcase venue, held in the 4,000-seat arena and covered with five cameras, will be a free livestream for the world to watch, while th e action from fields #2 and #3 will be hosted on Fanseat.com, and require a monthly subscription fee, with FanSeat offering a no-cost, one-month trial. Find out more about the coverage plans, including links, livestreams, and updates online at http://live.wcbu.org.

“Last summer in London, at the 2016 World Ultimate and Guts Championships (WUGC), WFDF livestreamed over 40 free games and a same-day US-network television broadcast of the Men’s, Women’s, and Mixed finals. At the time, it set a precedent in the sport of Ultimate, and was the most ambitious global media undertaking thus far. For the 2017 WCBU, WFDF wanted to raise the bar and, with our three partners – SportMag, FanSeat, and UNILAD – we are achieving that goal,” stated WFDF President Robert “Nob” Rauch. “We are excited to have struck a partnership with Fanseat to deliver three times the coverage we planned on our own. This will allow us to provide access for fans of all participating countries to follow the action over the entire week. And, by adding UNILAD and introducing its huge audience to live ultimate, we hope to expand awareness of the sport in a big league way.”

WFDF continues to deliver as much of the action as possible to our global membership and fan base. With 39 countries represented and more than 100 teams participating, we’ll feature 1,700 athletes traveling to France to compete for their chance to be crowned the world’s best.

“The growth we’re seeing is tremendous,” said Patrick van der Valk, President and CEO of BULA. “Not only with regard to player participation, with this being the largest Beach Ultimate championship ever, but the level of online video coverage is unprecedented. All 700+ games have live-scoring, and the http://live.wcbu.org website has integrated video coverage, global social media, compelling stories, game statistics, photo highlights, and much more.”