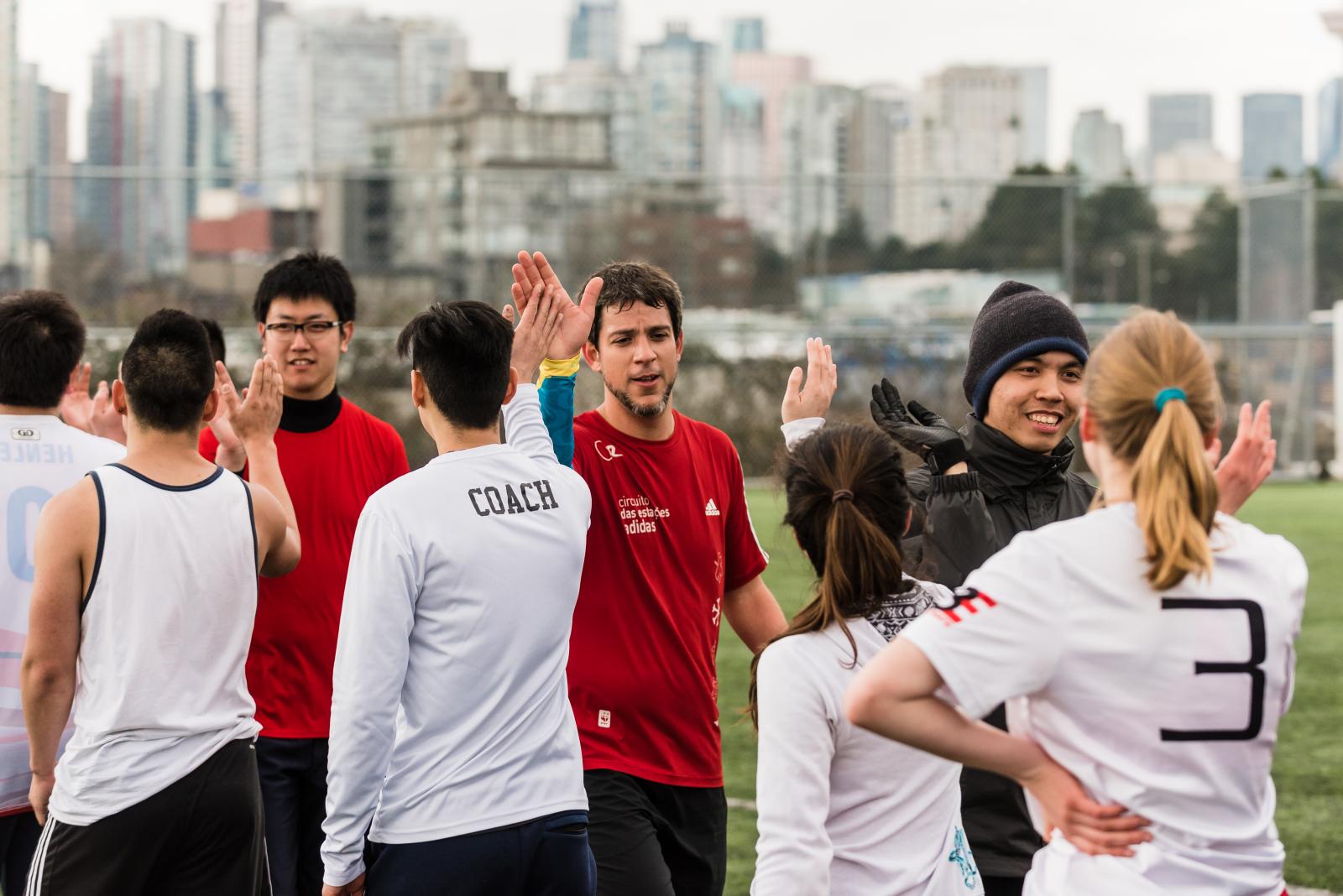 We use “endzone sets”: one endzone is selected at the start of the game, and whichever team starts from that endzone gets to choose the ratio for men-matching players to women-matching players. Since teams end up switching sides after every point, the teams will alternate choosing the 4M:3W or 3M:4W ratio.

Preparing Your Team for Gender Balance

The introduction of this rule in the Summer 2017 had an impact on game dynamics and play, as members told us in our 2017 Summer Survey.

Here’s what we recommend:

When the VUL first started in the late 80’s, the gender ratio was 6 men and 1 woman. In the early 90’s, we had switched to 5M:2W. There was a fair amount of resistance at first, as teams were concerned they couldn’t find enough women (see Our First 30 Years). But over time, more women were recruited to try ultimate, they fell in love with it, and our co-ed leagues became more balanced.

By the mid-90’s the VUL had switched to 4M:3W, and that’s been the default rule ever since. Teams could choose to play 4 women if they wished, but the opposing team didn’t have to match.

As part of the VUL’s Strategic Plan from 2017-2021, one key element is a focus on inclusivity and equity, as captured in the Vision and the Leadership pillar.

To support our goal of gender equity, the VUL decided to switch to 4M:3W / 3M:4W where the other team does need to match women but not men. We piloted the new rule in Fall Grass League 2016, and did not encounter any significant challenges, so we rolled out the new rule for Summer League 2017. Over time we hope the new rule will lead to more gender parity in our co-ed leagues.