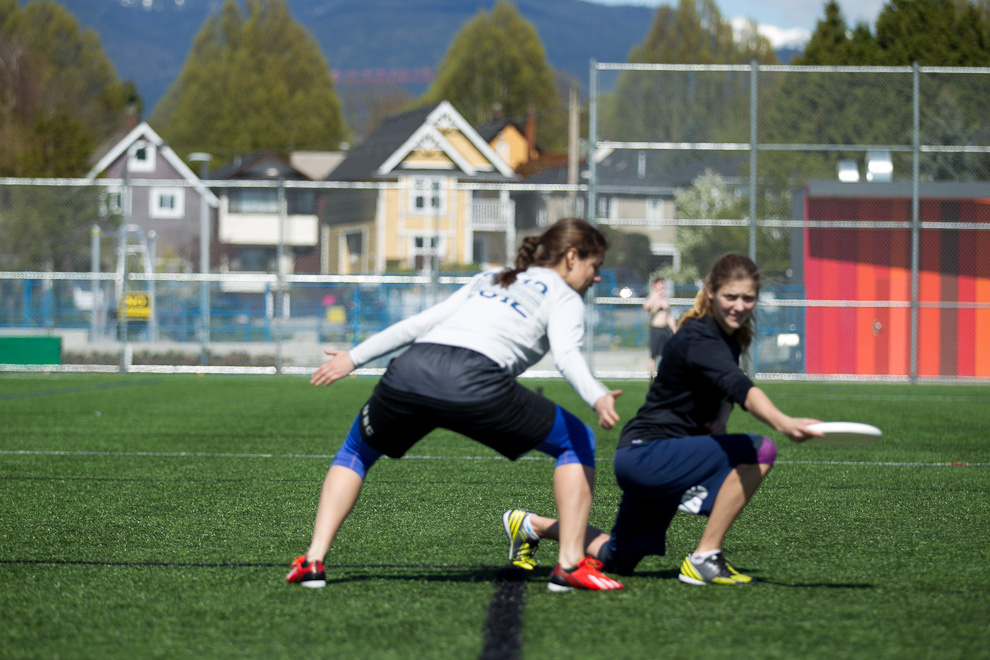 The force is the side of the field that your team is encouraging, or forcing, the offense to throw to. Teams articulate this at the beginning of each point, and decide whether they are going to force “home” (where all of your bags and players are) or “away” (the opposite side of the field from your stuff). Things like wind, sun, and strength of throwers on the opposing team are factors which play into the decision on where to force.  For example, a beginner team might not have many people who can throw a consistent flick, so forcing to the side that makes them throw flicks is a good strategy.

The idea behind the force is that the defensive player marking the thrower (the marker) positions themselves so that there is only an easy throw to one side of the field. This will ensure that teammates defending the cutters (defenders) are at the same time making it difficult for the offensive cutters to get open on the side of the field that the thrower wants to throw to. Therefore, the entire defense comprised of the marker and defenders are either forcing the thrower to make a difficult and risky throw, or forcing the offensive cutters to make difficult and tiring cuts to get open.

To understand the concept, let’s look at what playing defense against a vertical offense looks like.  At the end of this section, we’ll show you what it looks like against a horizontal offense. That’s a bit more complicated, so you’ll first need to understand these key concepts first. 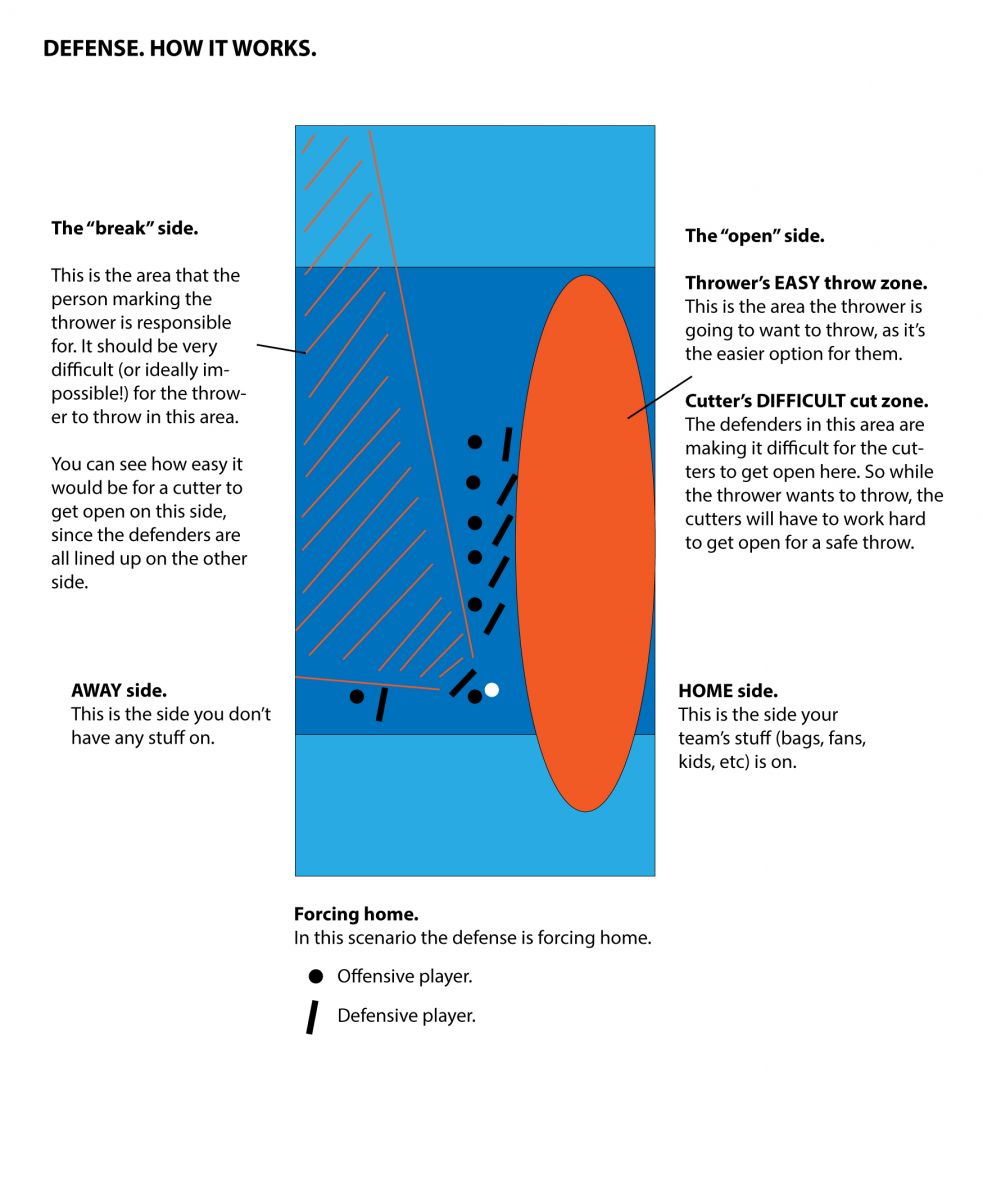