Throwing in a Game

Once you have practiced throwing in the park you’re ready to start throwing in a game. But it might not be as easy as you think. There are two adjustments that many new players find both challenging and unexpected when throwing in a game situation for the first time:

Throwing with a defender marking you 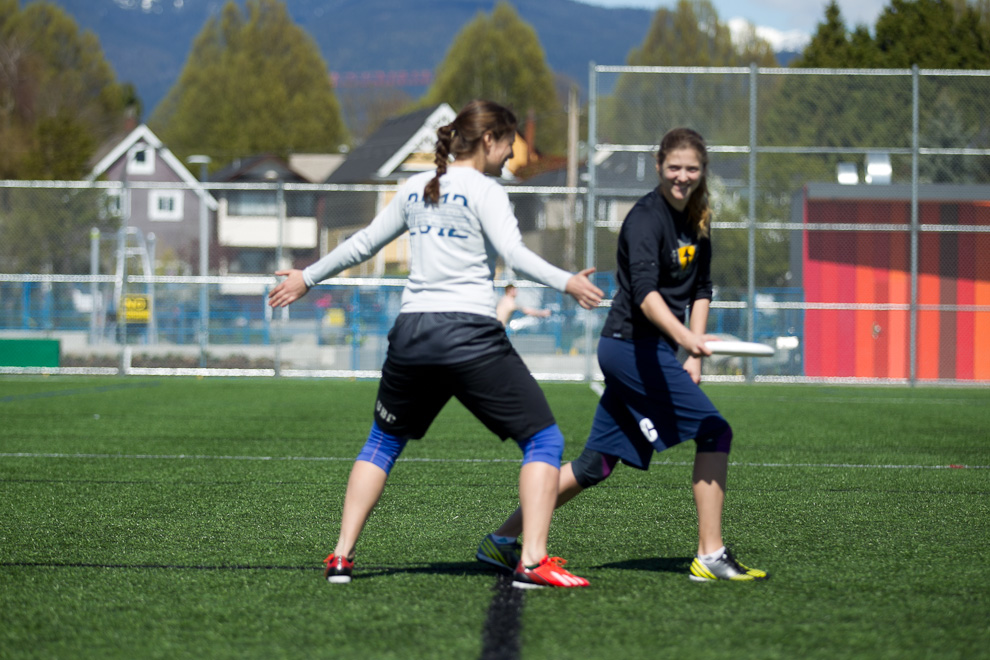 One of your opponents will try to defend or limit your throws - something we call marking. They will be standing about the distance of a disc away from you counting loudly to 10, and doing everything they can to either block your throw, or force you to make the throw they want you to. This takes some time to get used to!

Throwing to a moving target

Your teammates will be running hard and making cuts, trying to provide an open target for you to throw to. It is very rarely advisable to throw to someone who isn’t moving, so you’ll need to adjust your throws to account for the moving target.   Your teammate will want you to throw to the space they’re running to, not to where they are when you first release it – so throw several steps ahead of your intended pass.

Tips to Remember: The Basics

Tips to Remember: Next steps

Return to Throwing and Catching