Home » About Us » Awards & Hall of Fame » Spirit Awards

Spirit is integral to ultimate and the VUL. Every year we request nominations for the most spirited players in the league to receive the Laurel Stroppa Atwood Spirit Award and William Arthur Hawkins Spirit Award. 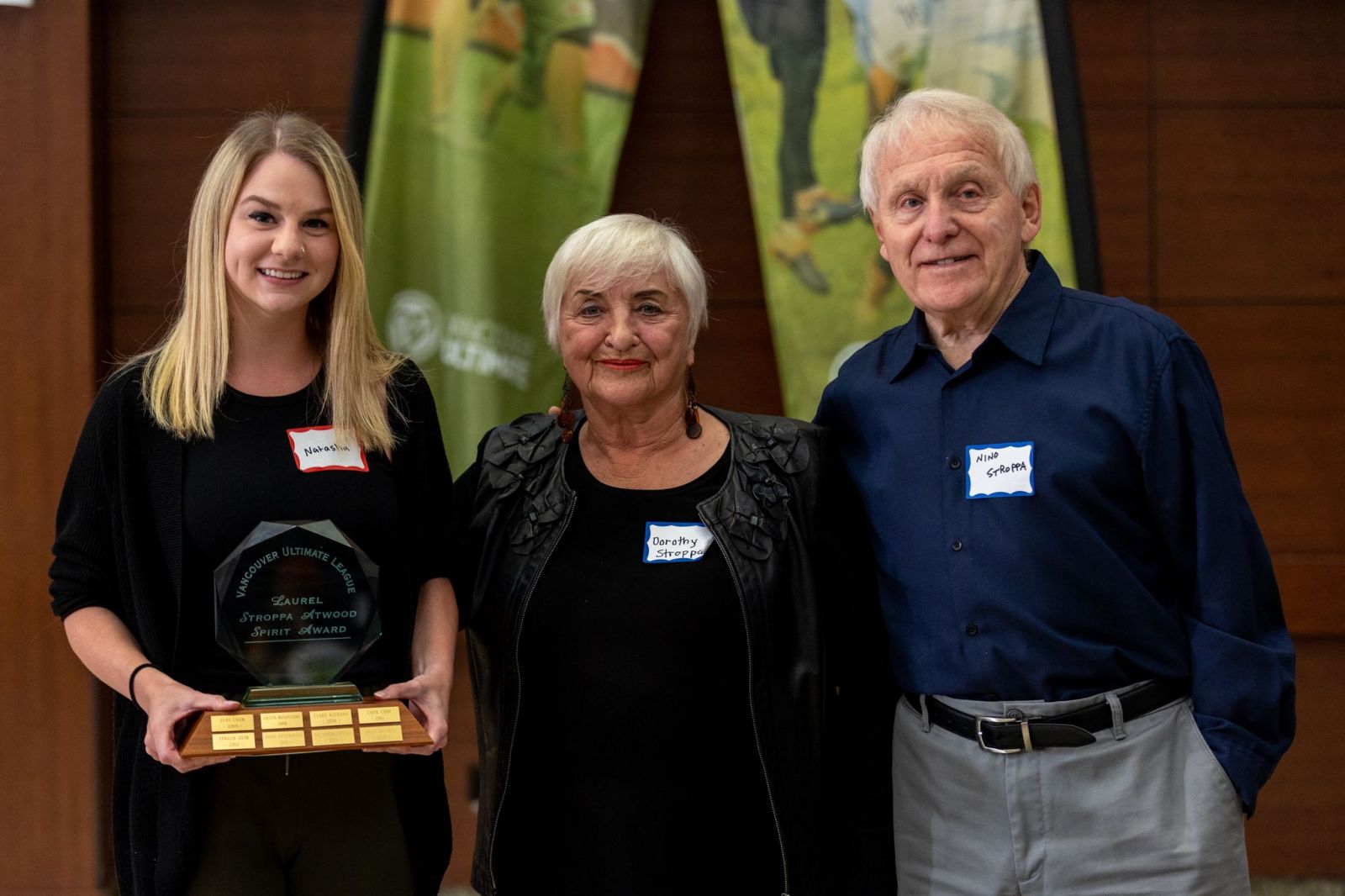 Simply being nominated for one of these awards is an achievement to be celebrated. Receiving the award is the highest individual honour in the VUL.

If you know someone we should recognize, please nominate them! Send a description of why they are a good candidate to contact@vul.ca.

Laurel Jean Atwood (nee Stroppa) was a well-known and much loved member of the VUL, heavily immersed in the community during the 90’s and 2000’s. Laurel had contagious spirit on the field and a jovial presence at league social events, many of which she was involved in planning and promoting. Through two bouts of breast cancer over 9 years, Laurel never lost her love for the game - even making it out to the field numerous times in her final year to cheer on her league team. Sadly, Laurel passed away in 2007. In 2008 the VUL renamed one of the spirit awards to the Laurel Stroppa Atwood Spirit Award.

Art Hawkins was a prominent and impactful member of the VUL. He was a board member in the mid 2000’s, founder of Elimination 8’s, and served as Executive Director from 2008-2010. Art was renowned for his dedication to spirit of the game. His vision of spirit was always focused on the game as a whole. Not just about fouls or fair play, but a dedication to the sport of ultimate both on and off the field. Art worked tirelessly to help push our sport forward, and there is nobody playing ultimate in Vancouver today who does not benefit from his dedication to the VUL. Unfortunately we lost Art all too early in 2010 when he passed away from cancer. The following year one of the spirit awards was renamed the William Arthur Hawkins Spirit Award, the same award he also won in 2003.

* In light of the VUL's gender inclusivity policy changes, in 2017 we stopped handed out the awards according to gender. 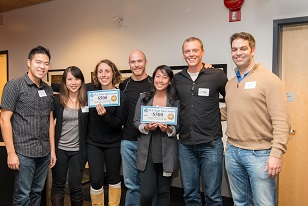 Winning any Team Spirit Award is great achievement in the VUL, but doing so in Summer League is the biggest feat of them all. There are more than 50 teams playing each night!

We use average spirit score rankings through the 15 weeks of Summer League to determine a winner for Monday, Tuesday, Wednesday and Thursday nights.

Return to Awards & Hall of Fame