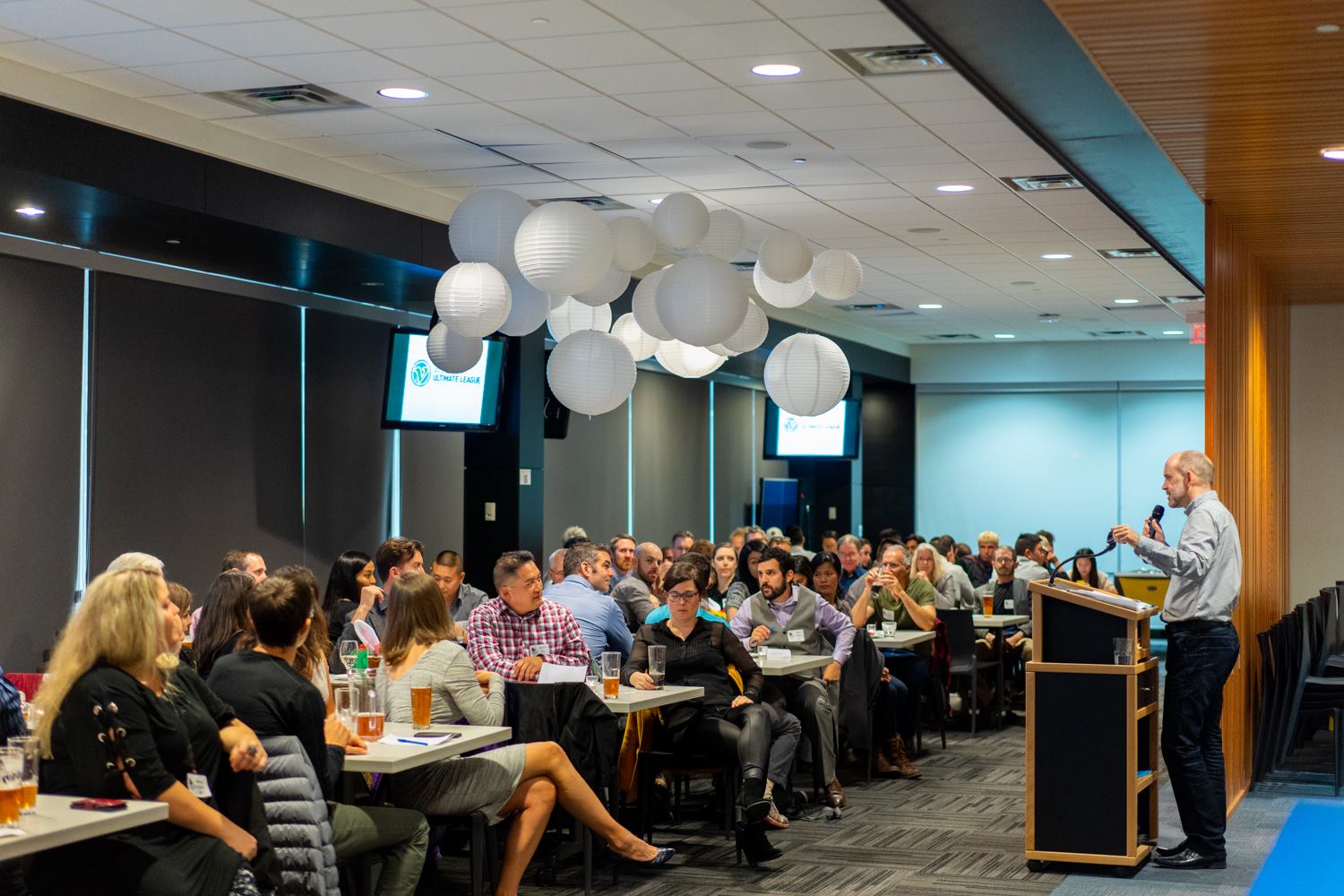 Saturday, October 13th marked the 10th Annual Awards Banquet for the VUL. It’s was an evening full of recognition as we assembled the VUL’s largest contributors – board, staff, co-ordinators, organizers, volunteers, partners, top spirited players, and hall of famers.

Each recipient received a $150 Soccerwest gift card, $100 MEC Gift Card and the trophy which they'll keep for the full year! In line with our gender inclusivity, the awards are no longer classified as male and female awards.

Although these awards were announced in September, the Banquet was the VUL’s chance to recognize the top spirited teams in the VUL, and present them with their well deserved award – a $500 gift certificate for BE Ultimate. Big thanks to our jersey partner, BE for this fantastic prize! 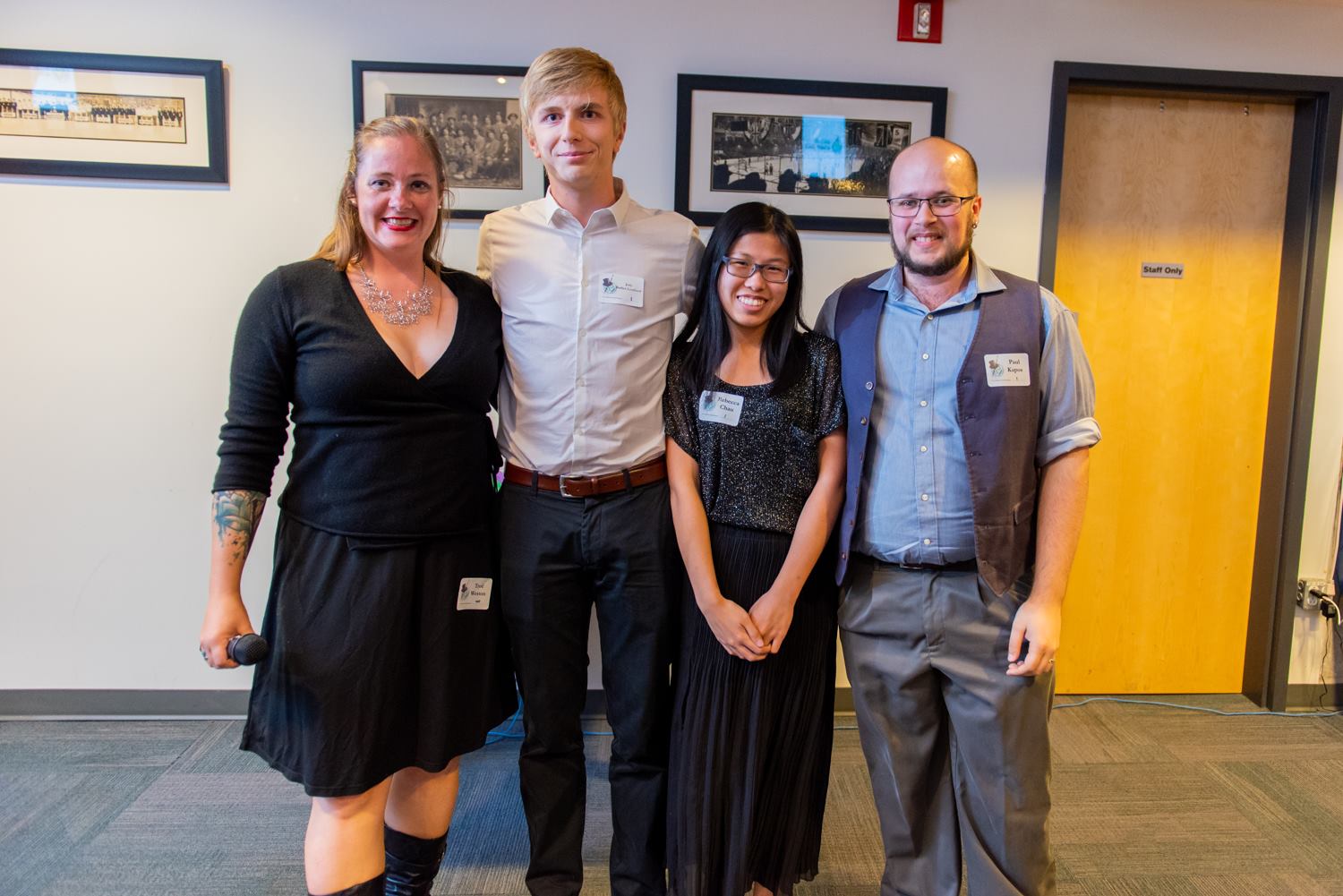 Our green initiative to encourage biking and carpooling to games was won fittingly won by a team that's mainly comprised of Environmental Management students! Congrats to the Dim Sum Warriors who each received a $25 MEC gift card!

Throughout the evening, three more legacies of Vancouver disc sports were inducted into the VUL Hall of Fame - Anne-Marie Carey and Dave Knudsen.  This brings the total number of VUL Hall of Famers to 21 people and 1 team. We're 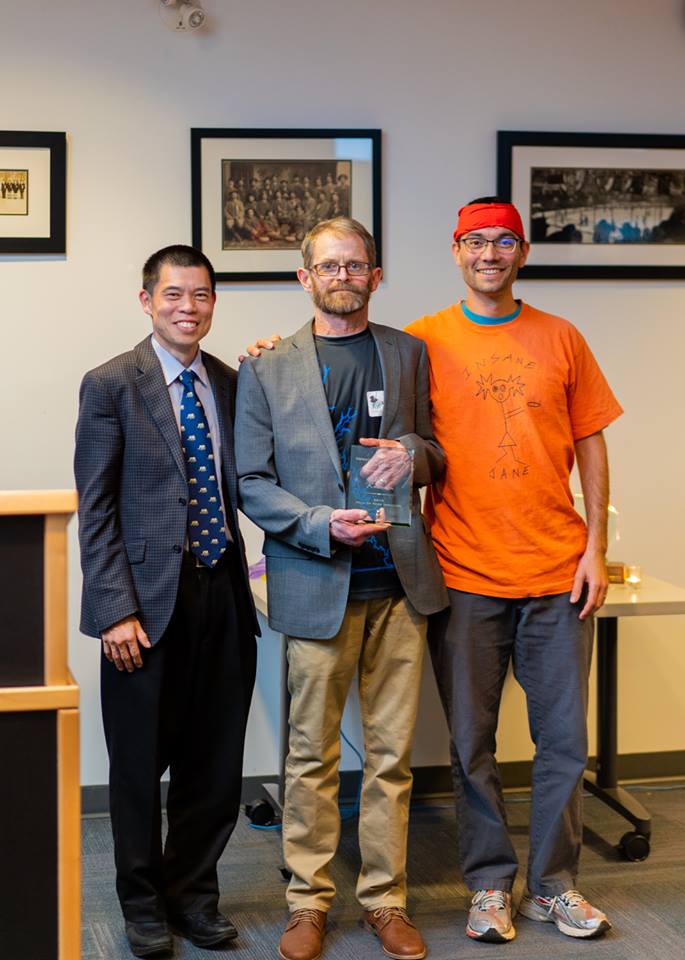 Lastly, you can see all the photos on Facebook!