Ever wonder how it all started? The frisbee, ultimate, the universe? We have answers to at least two of those questions below!

Believe it or not, the original "Frisbee" was derived from a tin pie plate from the Frisbie Pie Company in New Haven, Connecticut. In the early 1920's, students from Yale started playing catch with the plates, which then spread to the truck drivers, and eventually it became a favourite activity for soldiers in WWII.

In 1948, a man named Fred Morrison made a plastic version of the disc which he called the Flying Saucer. In 1951, he created a different version which he named the Pluto Platter. The Wham-O Manufacturing company bought the patent from Morrison in 1955 and renamed it the Frisbee. 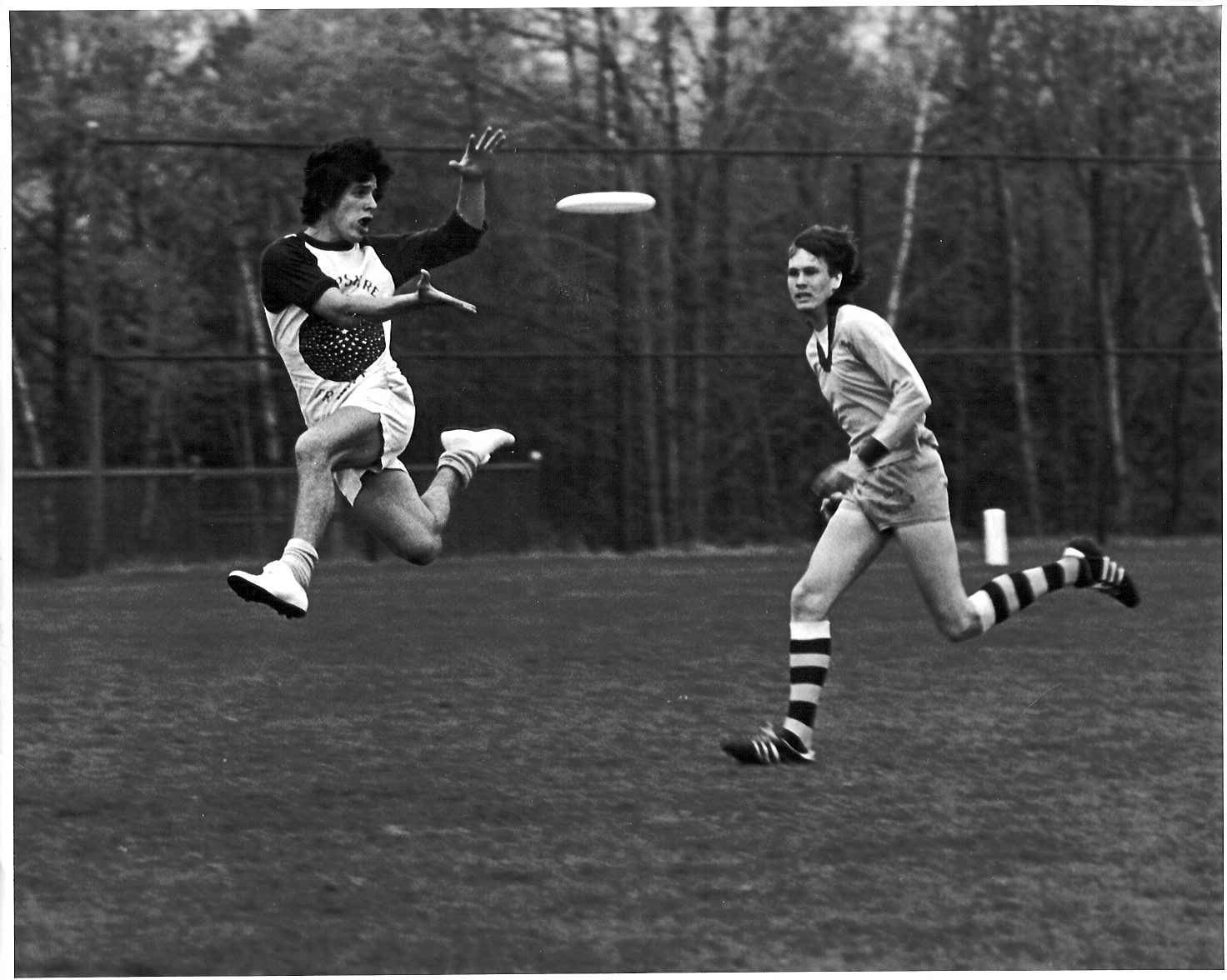 The start of ultimate is largely attributed to Jared Kass and Joel Silver in 1968 at Columbia High School in New Jersey. They initially created the game as a form of "Frisbee football" and jokingly dubbed it "The Ultimate Sports Experience". This was later shortened to Ultimate and has stuck ever since.

In Canada, a variety of disc sports were being played by a small group of "freestylers" on the beaches in Toronto starting in 1973. Games included Double Disc Court, Disc Golf, Maximum Time Aloft, and eventually Ultimate by the late 1970's. On the west coast, the evolution was similar. In Victoria, a form of "Frisbee football" began at Willows Park in 1973, with the first ultimate game being played around 1979 at Gorge Park.

During that same period, free-style champions from the US helped spread the game internationally to Europe, Australia and Japan. Some notable names are Peter Bloeme, Dan "Stork" Roddick and the Valesquez brothers.

The Toronto Ultimate Club was the first league to form in Canada in 1980, followed by the Ottawa Ultimate Association and the Vancouver Ultimate League in late 1986 (Read about the history of our first 30 years!)

The first Canadian National Championship was held in Ottawa in 1987, with a single Open division. The Women’s division was added two years later in 1989.

Through the 1990's leagues began popping up and expanding all over Canada and the world as the sport continued to spread.

International competitions continued to attract more teams expanding with a masters division in 1999.

Popularity of the sport continued to rise, especially in Canada and the US as the two countries established themselves as the dominant forces in international competitions. From 2000-2009, Canadian or US teams won 26 of 33 divisions for World Titles.

Ultimate is played in more than 80 countries by an estimated 7 million people!

At the international level, the sport is exploding, especially with youth. On the world stage Canada and the US continue to field strong international teams, but now face increasing competition from Japan, Australia, Columbia, and the UK.

In North America, two professional leagues co-existed from 2013-2016: Major League Ultimate (MLU), and the American Ultimate Disc League (AUDL). Vancouver had a teams in both leagues, but the MLU folded in 2016. At the end of 2018, the Vancouver Riptide of the AUDL closed up operations. The AUDL still exists and continues to try to push their version of the sport into the mainstream. However, there has been a recent backlash from some members of the ultimate community who want to see gender equity at the highest level of the sport.

The World Flying Disc Federation (WFDF) has been granted full recognition from the International Olympic Committee (IOC), a key step for becoming an Olympic sport. If the IOC decides to add a new sport into the Olympics, ultimate would be a candidate they would now consider.

All in all, it's an exciting time to be part of this sport. Hang on for the ride!