Last month, the VUL said goodbye to our longstanding Executive Director, Craig Woods. Craig's numerous contributions to our organization have helped shape the community into what it is today. Kindly, Craig has written a letter to the membership looking back on this time from his own perspective. It was a pleasure to reminisce on all Craig and the VUL have accomplished in the past 13 years, so please take the time to read this letter from Craig. I hope it brings back as many fond memories for you as it did for me.

The VUL won't be the same without you, Craig. From all of us on the board, we wish you the best on your future adventures.

“Change is the only constant in life” – Heraclitus 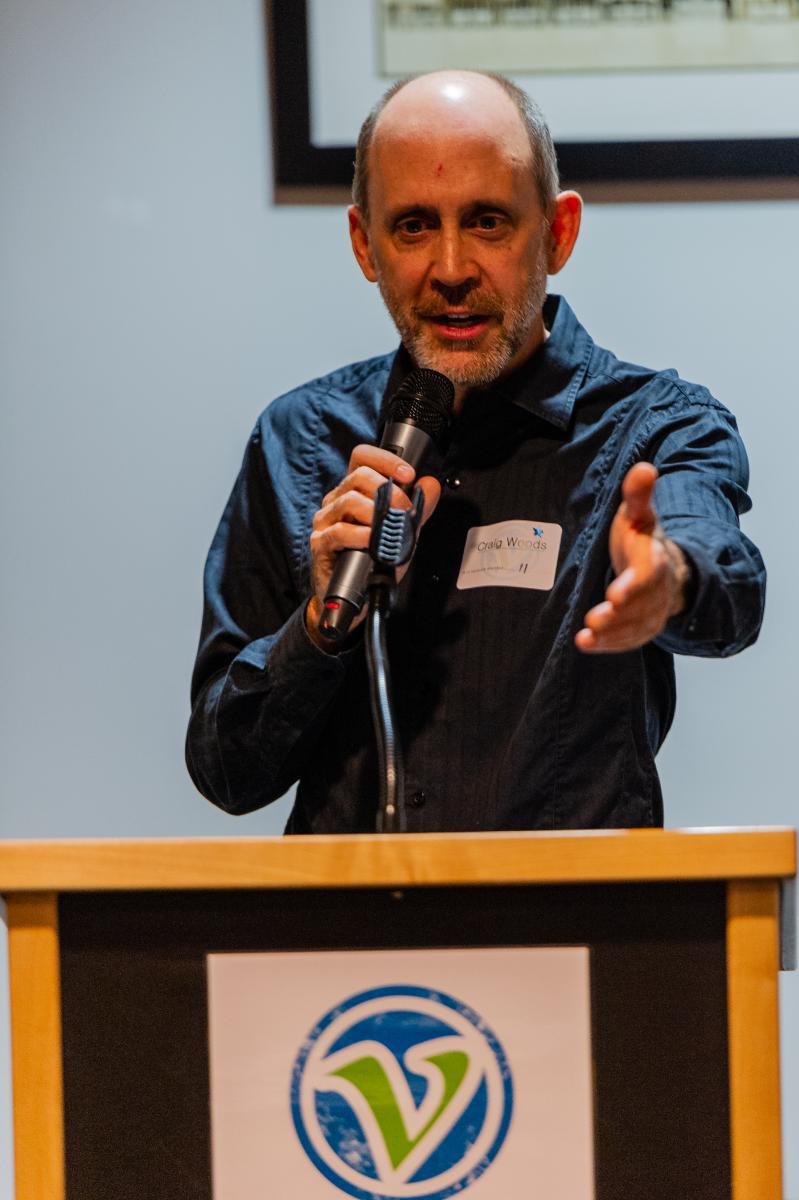 June 30 was my last official day working for the VUL, and what a ride it has been. I want to express my deep gratitude for the past 13+ years as part of the VUL team, including 3 years as League Coordinator and 10+ as Executive Director. I am honoured to have had the opportunity to serve VUL members over that time, and to help grow our amazing community and the sport of ultimate.

I’m very proud of all that the VUL has accomplished since I started in 2008. Please indulge me as I take a walk down memory lane to remember a few highlights!

The VUL’s first staff member from 2000-2008 was Jeff Malmgren. With the Board he built many foundations for the VUL during that time, but now he was moving on. I joined as League Coordinator in January 2008 and Art Hawkins joined as Executive Director in March. Art and I spent the next few years building on what Jeff and others had started.

Some of our highlights from those years:

Sadly, Art's cancer returned in the summer of 2010, and he passed away later that fall. Art was an amazing boss, with an ability to lead while staying connected to members. His kindness and fairness greatly influenced my management style, and I am very grateful for our short time together. 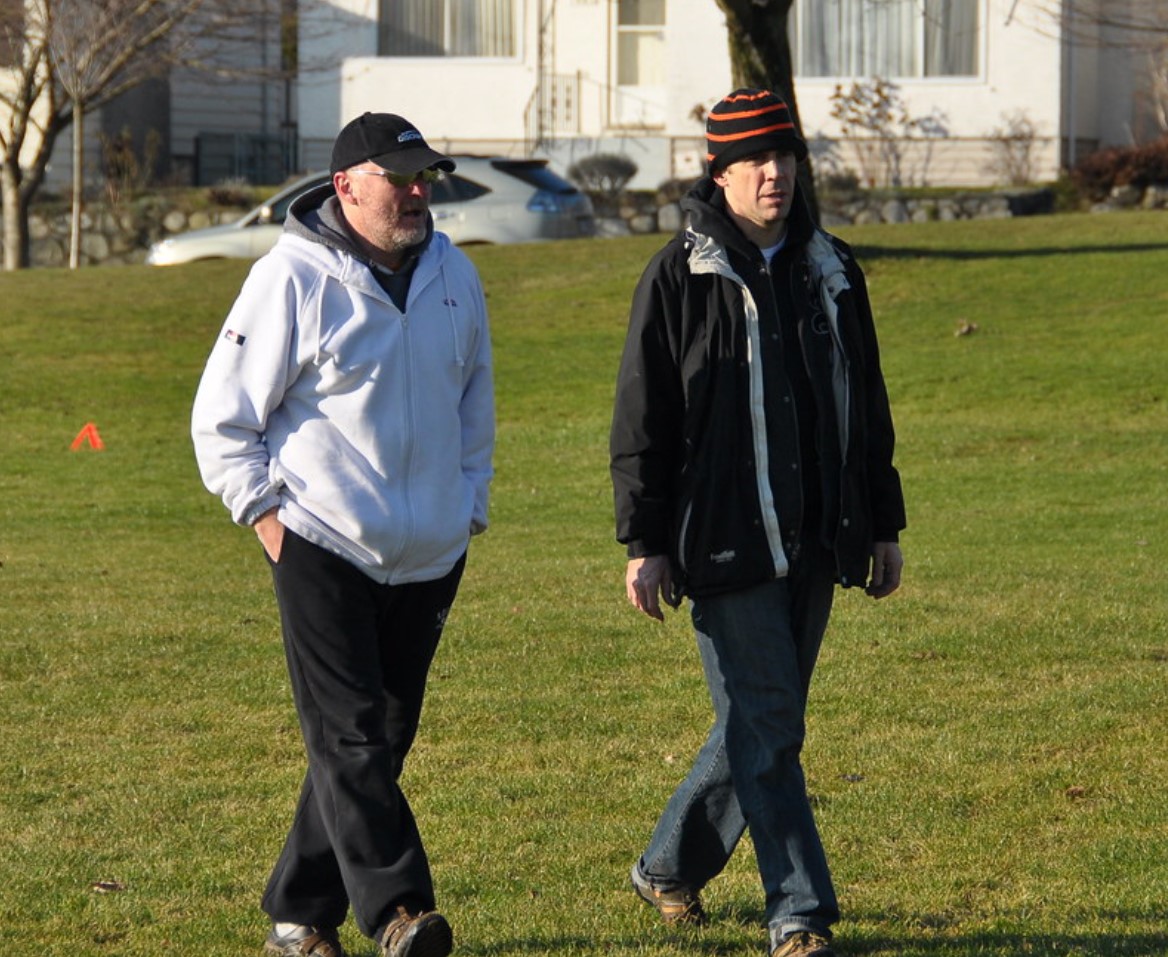 2011 became another year of transitions: I was promoted to ED, Speedo joined as the new LC, and with the Board we prepared our first ever 5-year Strategic Plan for 2012-2016.

Some highlights during this period:

In 2012 we hired Craig Kulyk in our first dedicated marketing & events role. He had a massive impact on the VUL during his time with us, building community in so many ways. A key contribution was our focus for the strategic plan. We determined that about 30% of players didn’t return each year. That seemed high because membership was stable, but that meant we were also attracting 1000’s of new members every year with no external marketing. So, to meet our strategic goal, we decided to focus almost exclusively on member satisfaction and retention, with special attention to key groups: new players, women, captains, and coaches/mentors. So many of our activities since then have focused on improving the breadth & quality of service for VUL members.

Drawing on my experience as President of the BC Disc Sports Society from 2003-2006, with others I helped broker the formation of the new BC Ultimate Society in 2012. Ultimate finally had its own provincial sport organization! Their current GM, Brian Gisel, and Board are doing an amazing job supporting ultimate across the province.

We launched a new logo, website and league management systems in 2013 after many months of intense development. We’ve added many features for members and staff since then, and I’m very pleased with how it supports the VUL today.

I completed our first two friendly mergers with Indoor Ultimate (2011) and Misfit Ultimate (2013). In both cases, the VUL offered key infrastructure (e.g. website, accounting, legal, HR services) and a stable home if the founders wanted to step away, while enabling them to continue running their unique programs. The VUL gained new members and synergies with our other programs.

In 2015, we added new Youth Camps in the summer and a new Women-Only league in the fall. In 2016, we celebrated our 30th Anniversary and finished our next 5-year Strategic Plan.

The current Strategic Plan is much broader than our first. It includes:

At times we struggled to make progress on all aspects of this plan, partly because it was so broad and we didn’t increase capacity as much as we probably should have. That said, we did accomplish a great deal over the past 5 years. Highlights include:

Since then, the last 20 months presented unprecedented new challenges. In the fall of 2019, Craig Kulyk passed away suddenly. His loss had a significant impact on VUL and our community (to say nothing of the

impact on his family and friends). In a way he was the heart of the VUL team and his loss affected us greatly. Then the pandemic hit before we had fully recovered, and presented challenges that none of us had encountered before. To say the past year was difficult would be quite the understatement. :)  I’d like to thank all staff and volunteers, the Board, and VUL members for your continued engagement over the past year. I’m very glad we were able to resume play this summer and the rest of the year looks promising, but it will still take many months or even years before things truly stabilize after this pandemic. I hope you and your families stay safe and healthy!

Beyond accomplishments, when I look back on my time in the VUL what stands out the most is the people I’ve met and worked with. Relationships are the sweet nectar of life, and this is especially true with ultimate. So many individuals contribute their time and talents to help the VUL be successful each year. Your dedication to the organization and our sport has made my time here so fulfilling and rewarding.

Thank you to all of the Board Directors who volunteered so many hours each year, provided stewardship and oversight of all our activities, advocated passionately for causes you believed in, and worked collaboratively through disagreements to find common ground. A special thank you to the Presidents I worked more closely with: Brian Gisel, Alex Davis, Peter McCann, Travis Smith, Rob Adams, Brett Anderson, and Trisha Roberson.

I am deeply indebted to all of the VUL Staff who brought our many ideas and initiatives to life. In addition to Jeff Malmgren and Art Hawkins for their original trail-blazing, I’d like to thank:

I wish this year’s new staff great success in the future, as well: Jeremy Quan, Shanna Rice, and Kurtis Stewart.

Lastly, I’d like to thank all players and captains most of all – you are the VUL’s raison d’être. One of my driving forces was to provide the best service to all members: I truly hope you enjoyed your time in the VUL over the past decade, and will continue to do so for many years to come. For captains, as we said at every Captains Meeting, thank you so much for all that you do to organize and guide your teams. The VUL couldn’t function without your leadership both on and off the field.

It’s time now for a long overdue extended vacation. All the best until we meet again!