We’ve restarted our Community Spotlights campaign, where on the first Sunday of each month we’ll feature a VUL community member who is doing awesome things for ultimate in Metro Vancouver. 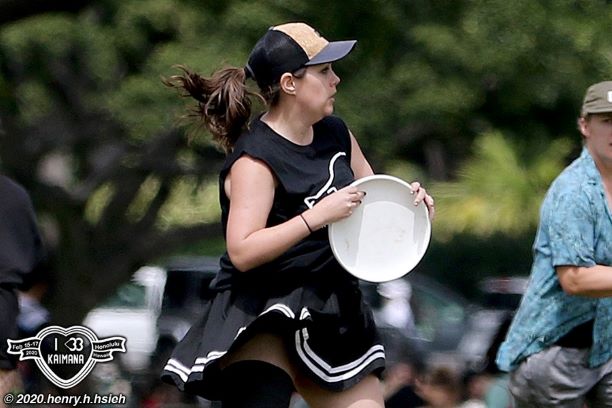 Melissa has been the coordinator for Maple Ridge Ultimate since 2017, and is also a longtime player, coach, instructor and mentor. In the words of the person who nominated her: “She is someone I really admire when it comes to SOTG and I think that she brings it everywhere with her - while playing on league and touring teams, mentoring for women's league or coaching VUL bootcamps, or when running the Maple Ridge Ultimate League.”

Current roles in the community:

What do you enjoy most about your role as coordinator for MRU?

Maple Ridge Ultimate is a small, tight-knit community that focuses on spirit above all else. People ask why I still go out to Maple Ridge to play ultimate even though I live in Vancouver and it's because as a small hat league, I've played with almost everyone in the league. We have players of all ages and all skill levels on the same field, and the community atmosphere is at its height as everyone sits around eating pizza and cheering on the teams in the league final.

Any time I get to play a tournament with Koi, it's a blast! Putting together everything we've been working on at practice, and being aggressively supportive of each other is some of the most fun I've had on the ultimate field. Seeing our hard work culminate in our team scoring the first point against Traffic at USAU Sectionals in 2019 was awesome. I love sharing everyone's highlights at the end of a tournament with lots of hugs, laughter, and a few tears.

Ultimate is special for its ability to embrace both the spirit and the competitive. It's often hard to explain to non-frisbee people that some tournaments I go to involve jerseys and live-streamed games, and other tournaments involve costumes and silly sideline fashion shows or science fair experiments. The ability for spirit of the game to exist in both types of tournaments is why I love this game.

I have had the privilege of being coached for several years by Jen Nicholls and Reanne Bowlby. These two incredible women have improved my ultimate game immensely and have taught me how to be a leader (on and off the field) who is strong, cool under pressure, and kind. I'm grateful for their wisdom and friendship. #KoiKoiKoi

A handler break up-the-line followed by a backhand huck is just ... *chef’s kiss*

When you're not playing ultimate, what do you do?

I'm a postdoctoral research fellow at the University of British Columbia. I study how the brain changes over time for people who are homeless or precariously housed in Vancouver's Downtown Eastside. I hope to use clinical neuroscience research as a way of improving the lives of people who use drugs who are often dealing with chronic psychiatric illness, a history of head injury, and other health concerns.

Pictured: Melissa at the Kaimana Klassik tournament in Honolulu, Hawaii, where she played on the women's team Gothic Wonderland. Photo credit: Henry Hsieh