We’ve restarted our Community Spotlights campaign, where on the first Sunday of each month we’ll feature a VUL community member who is doing awesome stuff for ultimate in Vancouver. 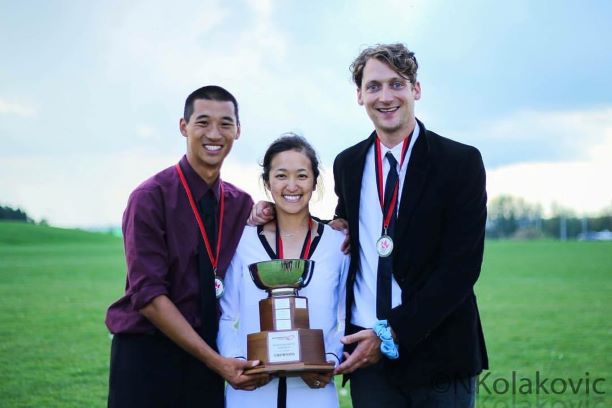 Mimi and Ted were among the group of players who started Misfit Ultimate in 2007, the Vancouver-based youth club program that provides young people a chance to play competitive ultimate in a positive environment that emphasizes respect, fair play and teamwork.

For more than a decade, the duo has shared their love of ultimate and helped other young players thrive by taking on pretty much every leadership role our sport has to offer: coach, club captain, coordinator, clinic instructor, volunteer, and player. The couple moved to Chilliwack in 2016, where Ted has taken up coaching at a local secondary school (Mimi makes guest appearances when her work schedule permits!).

Says Ted: “I've opted for a slower and more subtle approach to growing the sport by attempting to grow coaches out of some of the GW Graham graduates and encouraging more high school teams in the Valley through connections at the local leagues in Abbotsford and Chilliwack. GW Graham was preparing to participate in a four-team Fraser Valley high school league this year before the pandemic shut down sport, which was a huge step forward as we were the only team east of Langley since I started coaching here -  which meant we had no league games before attending Regional Championships!”

Read on to learn how Ted started coaching when he was only in Grade 12, and enjoy Mimi’s memory of how a hotel mix-up led to an unexpected team bonding experience at the 2008 Canadian Ultimate Championships.

# of Years in Ultimate?

Past roles in the ultimate community:

What do you enjoy most about your role?

My favourite part of coaching is making connections with the athletes, learning how they learn, and helping them past what they think they are capable of, physically and mentally.

Seeing them ‘get it’, and helping them build the confidence and skills to reach their goals is the best! As a coordinator, what I enjoy the most is being able to provide the opportunity to play for so many kids, as well as seeing kids come back year after year, and the improvement they make.

I’ve been able to watch kids go from TClub, to Uprise, to Mischief, to Misfit, with some moving onto adult club or Team Canada, and I love that the program can offer that progression of play for their development.

One of my favourite memories was in 2008 in my first year coaching, and Misfit had made it to CUCs for the first time. When we got to the hotel, there was a mix up, and we found out they thought we were coming the day after so they didn’t have any rooms for us! Instead, they put us in a big conference room (all 20+ of us), and gave us bedding, and we ended up having a giant team sleepover. We decorated the whiteboards in the room, played games, had snacks, got really hyper, and stayed up too late. It turned out to be a super fun, unique team bonding experience, and I also learned to triple check hotel bookings, and then check again!

I’ve been really excited seeing the push for gender equity in the sport, and seeing female athletes step into a deserved spotlight. Working with girls’ teams each summer, one constant was always that they didn’t realize how good they are. Often, they are overshadowed on their high school mixed teams, and are afraid to speak up or make mistakes in fear of not being thrown to/not trusted. A big part of the summer is helping them find their self worth, see how good they are, and how they can do anything they want on the field. I feel like there is now more visibility on the amazing women in the game whether it be single gender or mixed, which shows young girls how badass they can be, and gives them more access to these amazing role models!

When did you start coaching/captaining, and what inspired you to start?

I started coaching in 2008, because my boyfriend’s (now husband) former high school needed coaches, and because we were approached to keep Misfit going after it’s inaugural year in 2007, so that kids who didn’t make the B.C. All Star team could keep playing that summer. We understood the passion of these athletes for the sport, and wanted to support their desire to play, since we were in the same boat the previous year, so we said yes! 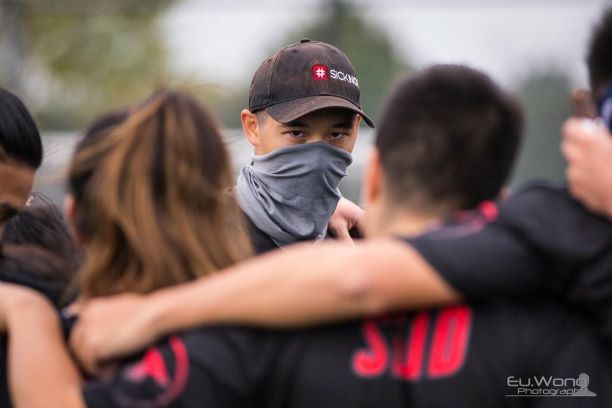 Current and past roles in the ultimate community:

What do you love about the VUL?

I've always loved how inclusive and open to change the VUL is. It has always felt very collaborative in terms of seeking feedback from its members and responding to meet changing needs. The VUL has never seemed afraid to make changes to stay on the forefront of social issues and bring SOTG not just onto the field, but into the community as well. The leadership in the organization is fantastic and has a huge impact on the rest of the league programs and operations.

Backhand give-go. It's accurate, quick, and hard to stop. The "go" part of the throw helps me get a step on my defender so it's easier to get open and keep the offense flowing. The throw itself isn't altogether difficult to learn too so I always teach it to players as another tool in the box!

What do you love about your team?

What I love most about TT are the people. They contribute to the great energy and atmosphere that make up our team culture. They are a competitive bunch who work hard and strive to grow and improve but always prioritize creating a positive experience for everyone. Our philosophy when we started the team was that we wanted to win but never at the expense of the players' experience and every person is an important part of our reaching that goal!

When did you start coaching/captaining, and what inspired you to start?

I started coaching in Grade 12. My high school coach pulled out right before the season started and as the most experienced player I was thrust into that role for our team. After graduating, I kept coaching at my old high school because I wanted future players to have a better and more fruitful playing experience than me. When we started the Misfit Ultimate Program, I coached a new team every year because we had enough kids for another team but not enough coaches to go around so I would step in. We started Misfit because there was no team for us to play on so moving forward, my priority was always to provide as much opportunity to play to anyone who wanted it so that everyone had a chance to play, learn, and grow.

Photo, top right, by Nathan Kolakovic: Ted, Mimi and fellow coach Zach Gray. The Misfit women's team won at the 2016 CUCs over the BC All Star Team (Alpha). It was the Misfit program's first gold medal at CUCs and Mimi and Ted's final year coaching in Vancouver before moving to Chilliwack.