We’ve restarted our Community Spotlights campaign, where on the first Sunday of each month we’ll feature a VUL community member who is contributing to ultimate in awesome ways. 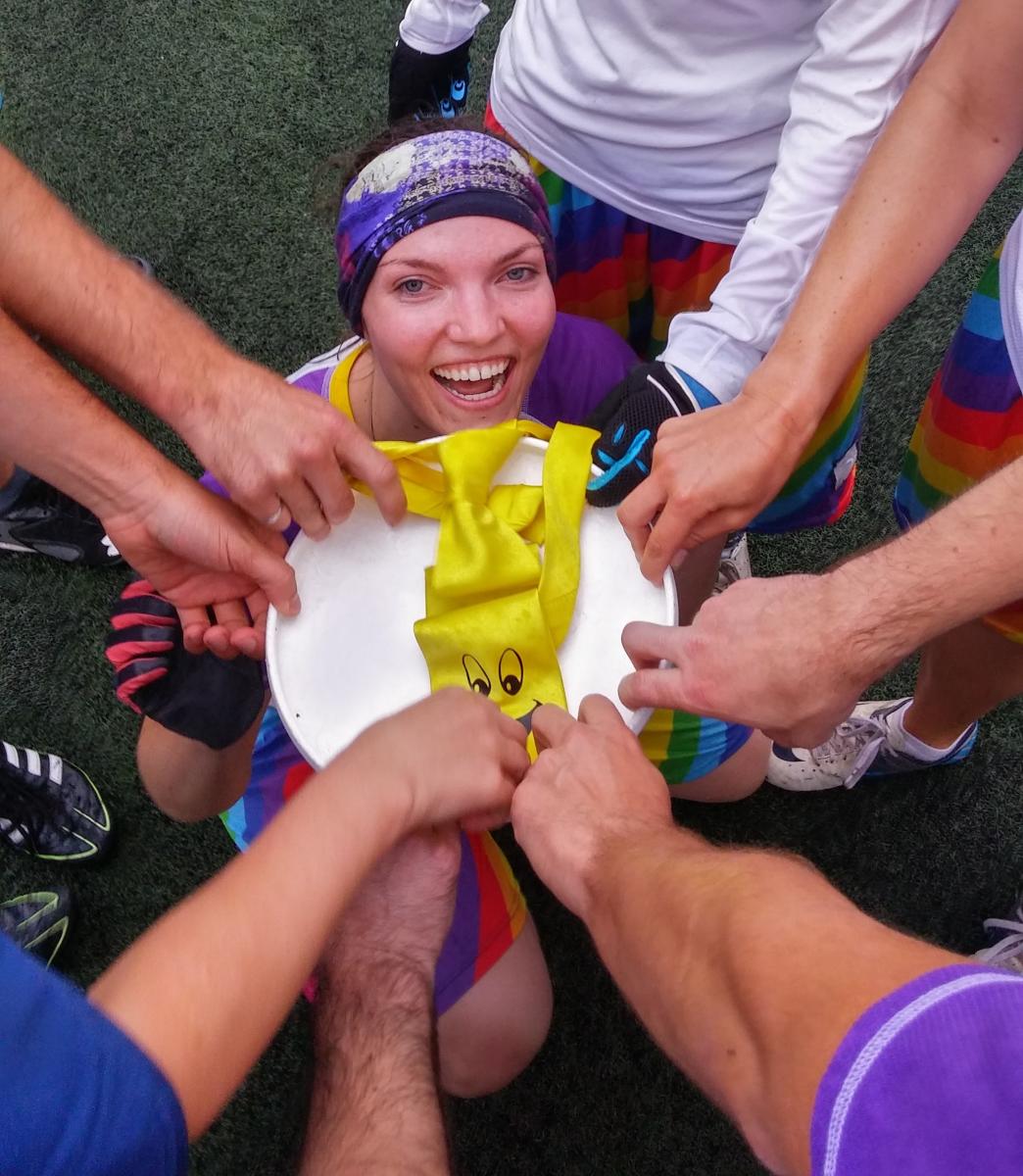 Christa has served as a volunteer on the board of directors since 2018, including as chair of the Strategic Planning Committee. She is a thoughtful board member who brings the perspective of a dedicated captain, and was a key part of drafting the VUL's Member Code of Conduct. With the AGM only a few days away on Dec. 8, we will be saying farewell (and thank you!) to Christa as a director but look forward to her continued presence on the field. She captains one of the VUL's most colourful teams, Technicolour Narwhal Explosion - if you've been fortunate to be on an opposing team you will have experienced their Narwhal Charge! Christa always greets you with a warm smile on and off the field and instantly makes you feel welcome in whatever setting you are in. A self-described "very much a rec level player," she hopes other members see that they don't have to be an elite player to make a positive contribution to the VUL.

What do you love about the VUL?

I've been a part of the league and played on various teams for over a decade now. I love so many things about the VUL. I think the biggest thing is the sense of community. In particular, I love that my team has had years of playing familiar and friendly opponents on Monday nights (shout out to Soup du Jour and Neon Disc-zaster!). On the more practical side, it's the thing that gets me out of the house and running around on miserable winter evenings.

What do you enjoy most about your role?

Being a member of the VULS Board of Directors has been a great learning experience. The best thing about the role without a doubt is that I got to meet other league members who are so committed and care deeply about ultimate. The other board members are the highest quality human beings out there!

The summer I started playing ultimate I worked as a residence advisor at UBC. One of my co-advisors, Jake McIvor, and I would throw almost every night that we were 'on duty' at the same time. I largely credit my flick to the hours and hours of practice that summer - thanks Jake!

When did you start captaining, and what inspired you to start?

I took over captaining the Narwhals about seven years ago when the then captain moved away. I wanted to make sure the team continued playing, and haven't looked back since.

How do you instill SOTG in your players?

SOTG is definitely a team effort! One of the things my team prides itself on is having the best (in my opinion) and most colourful uniforms in the league. We often tell other teams that they can find us by our rainbow shorts! We do our best not to take ourselves too seriously, as evidenced by our signature 'Narwhal Charge' after the pull.