On the last Saturday of each month we feature a VUL community member who is contributing to ultimate, spirit of the game on and off the field in amazing ways. 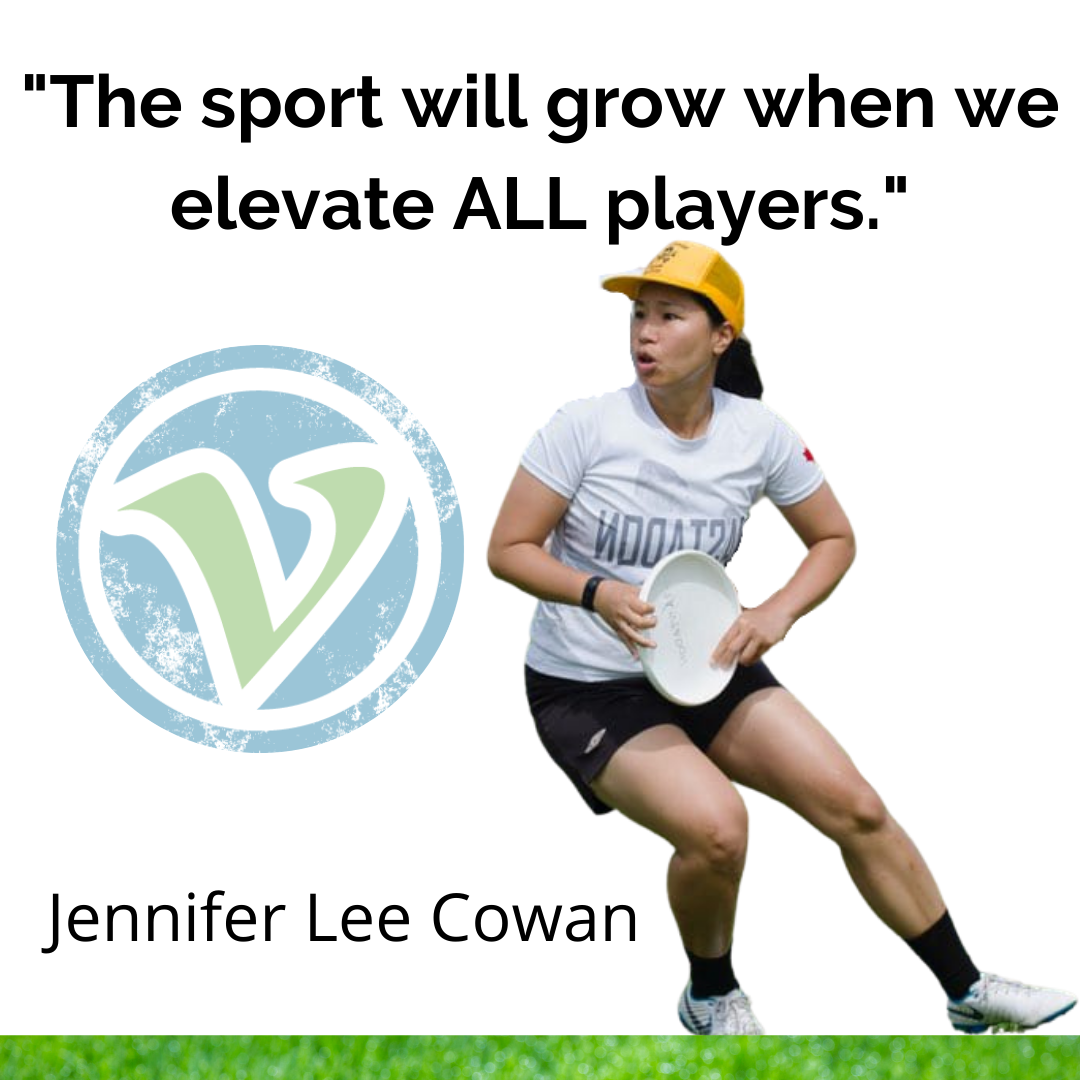 Jennifer has been involved with ultimate for over 17 years. In those years she has shared her love of ultimate by being a clinic instructor, mentor, captain and player in the VUL. You may also recognize her from being a competitive club player on several women's and mixed master's teams. You will want to read Jennifer’s story of the importance of keeping her headspace right for a game, why Jennifer wanted to become a mentor and about the teammate that inspired her to grow into the mentor she wanted to be.

How many years have you been involved with ultimate?

What teams do you currently play on?

What teams did you play on in the past?

For some context, there was a healthy rivalry between Vancouver Zephyr, Seattle Underground, and Portland Schwa during the first few years of my playing competitive women's club. The three teams often fight for the last bid to come out of the Northwest division of the USAU champion series. One year, Zephyr and Schwa met at the Solstice tournament in Eugene, OR. With it being early in the season and playing under the blazing Oregon sun for 2 days, both teams were struggling with execution and team chemistry. One particular point went on for 20-30 minutes, ending finally with me scoring the point with an up-the-line handler cut. It was so hot that I just walked off without any celebration to dump water on my head in the shade. The water-gun fight between the two teams after the game was over was the highlight of that tournament :)

It was this moment that really opened my eyes to the importance of mental toughness/preparedness in sports. I felt like I had an out-of-body experience watching the two halves of myself arguing between just giving up vs. persevere to the end, and I was glad to have a group of like-minded teammates to fight till the end with. To this day, getting my headspace right continues to be a HUGE part of my warmup routine.

Karen (Lefty) Wright. I met Lefty early on when I first jumped wide-eyed into competitive club ultimate, and I quickly knew that she was the type of player I aspire to be on and off the field. She commanded the game as a handler with intelligence, attacked the disc/field with confidence, and was someone that you could lean on as a teammate when things on the field got crazy. In addition, Lefty had a knack for articulating her observations and feedback with a perfect balance of tough love, heckling and affection. As I reflect on my own mentorship experiences within ultimate, I strive to have a similar impact on the players I work with, as Lefty had for me.

It's a toss-up between flick hucks or the quick IO flick to the break side at the front of the end zone, especially in a tight game. Not only are these throws that I'm very confident in, but completing these throws also give me a satisfying sense of connection with my teammates.

Coaches/Captains/Mentors: When did you start coaching/captaining/mentoring, and what inspired you to start?

I started mentoring in 2015 with VUL's Women's League and assisting in different skill clinics. I think it is crucial to create a safe, growth-focused environment for all our female-matching players to touch the disc more, make mistakes, receive constructive feedback, and improve their skills and confidence. The sport will grow when we elevate ALL players :)

Do you know someone we should highlight with our Community Spotlights? Tell us about them! Please send a message via our contact us page under the Community & Communications category.