On the last Saturday of each month, we feature a VUL community member who contributes in amazing ways to Ultimate and the Spirit of the Game on and off the field. 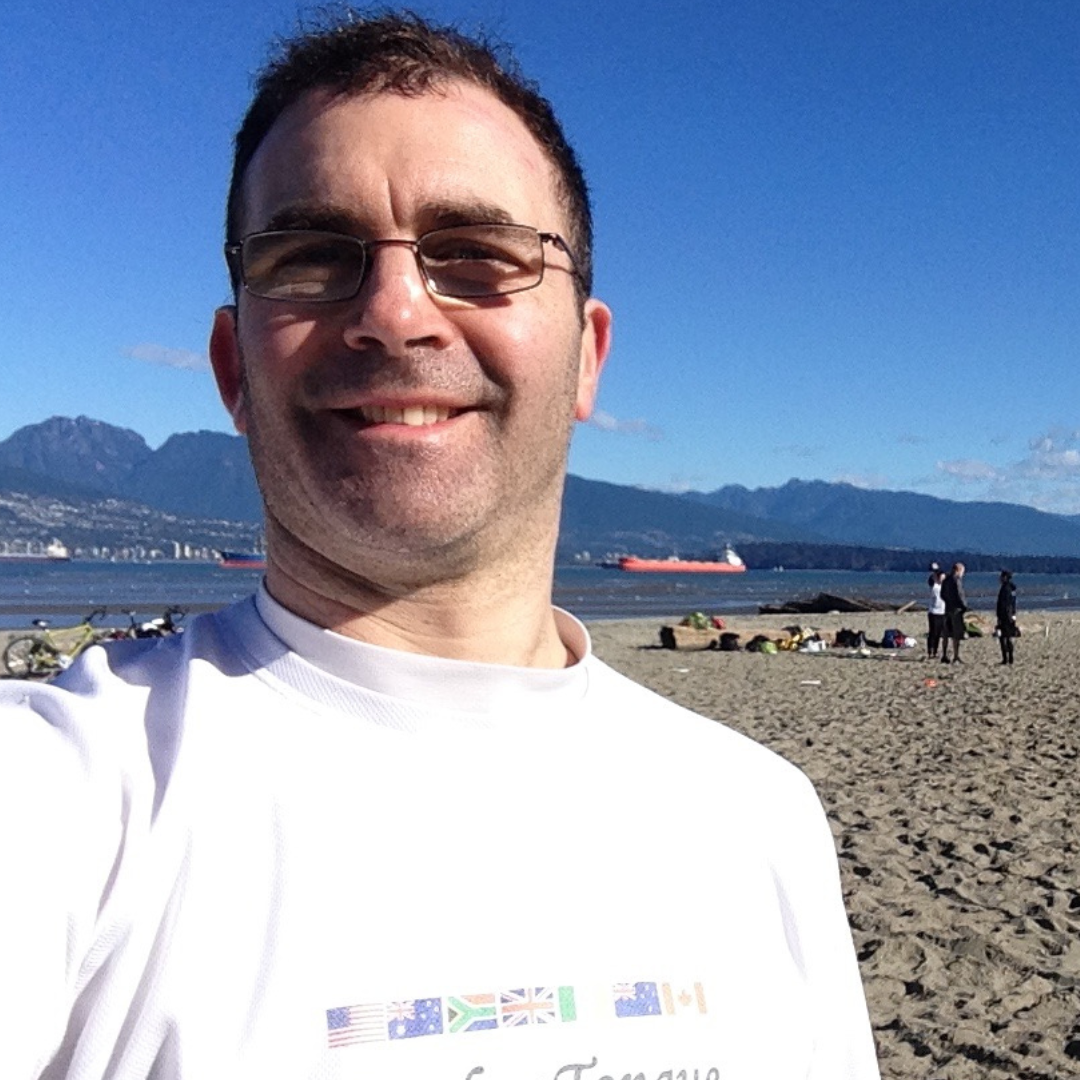 Wayne has been playing Ultimate for 27 years. He was nominated for his involvement in helping hat league teams and always looking to help improve the VUL. You will read about Wayne's roles with the community, what makes Ultimate unique to him, and how he practices Spirit of the Game off the field.

How many years have you been involved with Ultimate?

What team(s) do you currently play on?

Illegal Smile has been my mainstay VUL team since I moved here in 2011. In the last year, I've also played with Hucking Fooligans and Scarebears.

What are some of the past teams you have played with?

What role(s) do you have in the VUL/Ultimate community?

Captain, player, and someone who annoys whoever is League Manager by emailing with comments, complaints and "helpful" suggestions.

What part of Spirit of the Game transfers into your everyday life outside of playing Ultimate?

I try and give people the benefit of the doubt that they're doing the right thing and not trying to cheat. So when someone does something that is not the right thing - that makes it seem like they're cheating - I take a moment to see it from their point of view, in case it's me that doesn't have the best perspective. If I still don't see it, I'll call it, as I would on the field. It turns out some people don't like that….

Tell us about a favourite Ultimate memory.

In most cities in Germany, there aren't enough players for city leagues, so everyone comes together for fun weekend tournaments where spirit games are the norm. One that I invented, involving throwing two discs to a teammate who has to catch them, one in each hand, went down well when I introduced it here. My proudest moment in Ultimate was while packing up at Winona once, looking down to the next field to see two other teams playing my game. I knew then that I could retire happy. (But not yet.)

In your opinion, what makes Ultimate special?

Well, it's spirit, mainly. The fact that at the highest level, it's still possible to play without a referee and that players show respect for each other by default. If we didn't, we'd have no one to play with and against. But it's also mixed gender, and (at least until recently) women could and would play together with men on open teams. Something else is that it's a very welcoming sport, where people of different abilities and body types can find a place, and mature new players - like I was at 26 - won't be turned away because it's perfectly understandable that they haven't already been playing since they were kids.

When it's done right, a hammer is undefendable, and Illegal Smile encourages its use every week by awarding the Hammer of Awesome (an actual hammer found at Oak a few years ago and decorated by a player's kids) to whoever threw the best. I've also been known to throw scoobers more often than might be strictly necessary. But my favourite has to be the behind-the-back backhand that's resulted in points on four separate occasions (a respectable 20% success rate).

What do you love about your team?

It's been almost 20 years since I had the idea for Mother Tongue, the only team I consider truly my own. I'd played in Germany for a couple of years, and naturally, I gravitated towards English-speaking people. There were so many from all over the world that I thought it could be the entry requirement for a team for a fun tournament in Augsburg. I got together 15 of us from Canada, the US, Australia, New Zealand, the UK, and even a German, and we had a blast, losing most games but winning the spirit prize. Every few weeks, I'd register us for another tournament somewhere in Europe with similar results, but the nature of the beast was that native English-speaking players would come and go with work, travel or study, so the roster would always be changing, a slightly different pick-up team every time. In 8 years, we played 42 tournaments, winning just one of them but winning spirit eight times, sharing the joy with almost 200 different players until I left Europe to start a new life here in 2011. This year one semi-regular player contacted me out of the blue and told me that playing with Mother Tongue was one of the few bright spots in a difficult period of his life. I was moved to tears that my little vanity project could have positively affected someone.

If you're not playing Ultimate, what do you do?

I'm a husband to former board member April and father to Rory, who will be 14 this summer; unfortunately, he has no interest in Ultimate, so we don't talk about him. I grew up with football (the real kind that you call soccer) and still follow my English league team, AFC Wimbledon, live-streamed every Saturday at 7 am; I've recently started supporting League1BC grassroots team Altitude FC in its inaugural season. I listen to a lot of different kinds of music and love going to gigs, and I'm a militant cyclist who takes the lane where necessary. What do I do for a living? I've played Ultimate with friends for years without knowing more than two words about what they do in so-called real life, and that seems about right. I'll just say I'm a records manager, and we'll leave it at that.

Thanks for indulging me. I was hoping to share my Ultimate claim to fame: I have played three Masters tournaments in my life in three different decades (World Clubs in 1999 and German nationals in 2010 and 2011)(and yes, 2010 was the tenth year of that decade, and I'll fight anyone who says otherwise). The time is now right to play a fourth…

Do you know someone we should highlight with our Community Spotlights? Tell us about them! Please send a message via our Contact Us page under the Community & Communications category.